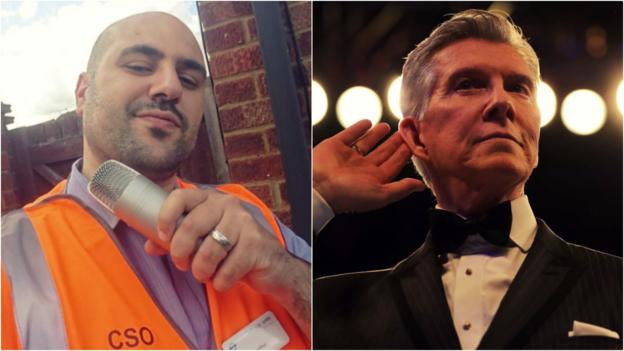 HUSEYIN (Hus) Ragip a 33-year-old Turkish Cypriot, who works at Transportation for London (TfL), became an overnight sensation across the UK after a video of his boxing style train announcement was shared online.

Ragip, who helps thousands of people every day, became the subject of the media sensation such as BBC, ITV, Daily Mail, Sky News and many more media outlets thanks to his announcements style compared to legendary boxing announcer Michael Buffer.

Customer service officer Hus Ragip, 33, said it is “amazing and overwhelming” to see people praising his quirky announcements, which can be heard on the platforms of DLR services at Bank station. 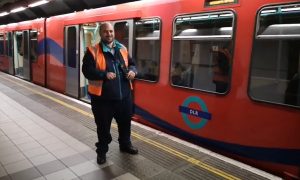 In one clip, he tells commuters: “LET’S GET READY TO TRAVELLLL” over the platform PA system.

Mr Ragip, a former police officer and father of two began working for TfL in June, told the Standard: “They promote personalised announcements. Be yourself and be unique.

“When I started, I was just doing normal announcements and was surprised that a lot of passengers aren’t listening, due to work fatigue and music headphones.

“So I thought I need to come up with something that will grab everyone’s attention.”

“I thought there is no better introduction than what a boxer receives. So I gave it a go, and the reactions I got from the passengers were amazing,” Mr Ragip, who is from Highbury but lives in Broxbourne, said.

“Seeing everyone smile and be happy really made it worthwhile.” 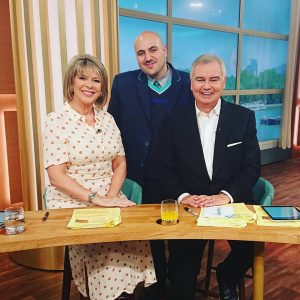 Kalle Sauerland the chief boxing officer at the group which organises the World Boxing Super Series says Ragip appears a “natural” with the microphone and wants to offer up an opportunity.

Even Michael Buffer, famed for his ‘Let’s get ready to rumble’ catchphrase, re-tweeted one of Ragip’s videos but it was in recent days that footage of him began to make it on to television networks and into social media timelines prolifically.

Another boxing management company, MTK Global have also contacted Ragip and shared his work, while an un-named fighter has been in touch to give him tickets to his next bout.