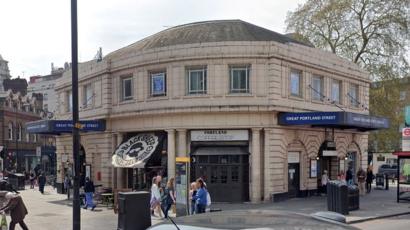 Seven men have been arrested after a large fight, which is thought to have involved football fans, broke out on a Tube train in central London.

The brawl took place while the train was at Great Portland Street Station at 2pm on Sunday.

The men were all held on suspicion of violent disorder and remain in custody, British Transport Police (BTP) said. 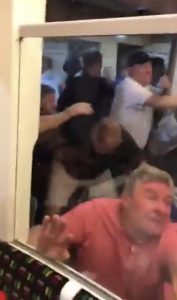 Supporters of Manchester City and Liverpool, who were playing at Wembley, were in the station at the time.

The two clubs met in the Community Shield match at 3pm with Manchester City winning on penalties.

The BTP said no injuries were reported.