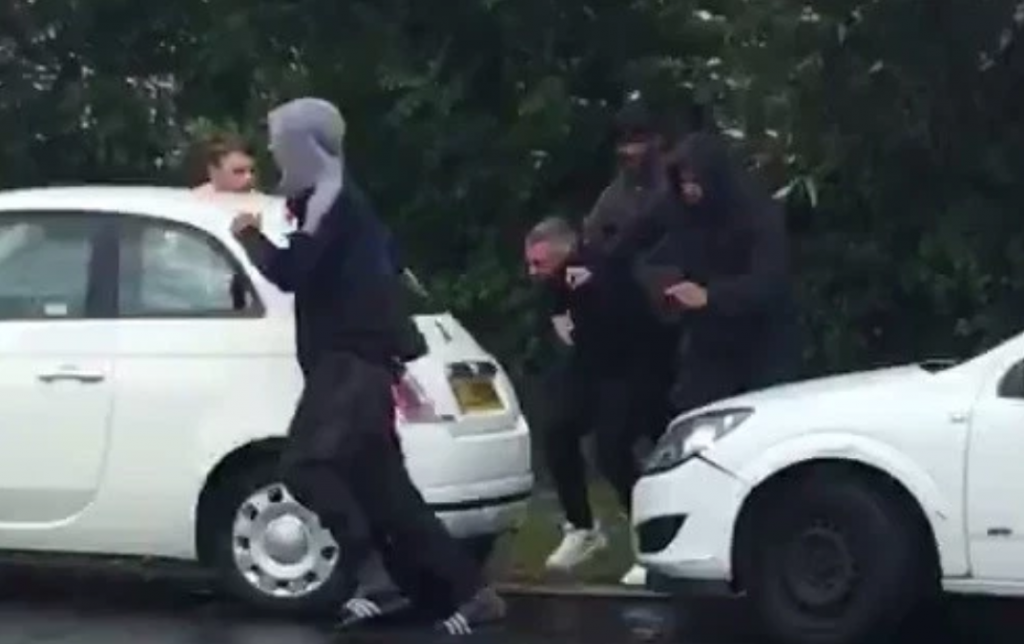 46-years-old Turkish Cypriot Rafet (Raf) Filiz and his son were attacked by three men for his £11,000 Rolex watch in broad daylight.

Police were called to Westpole Avenue in Cockforster, Enfield just after 2pm on Tuesday following reports of an attempted robbery, they believe the criminals are aged between 18 and 25.

Raf posted on social media the video of the attack which places in during the middle of the day while he was walking with his son. A witness across the street was able to film the attack. 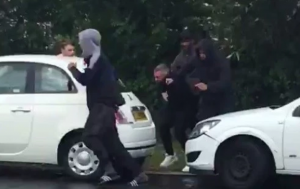 The video shows the men struggling with the Raf, who can be heard shouting “please stop”.

His son Aaron can also be heard shouting “call the police” while another shouts “we got attacked”.

The men flee a few seconds later as a passerby appears to intervene and a white car drives past.

The gang sped off in a white Suzuki – which is thought to have had cloned number plates – as a getaway driver waited at the wheel for his criminal pals.

The ex-MMA fighters and his sons were attached as the hooded thugs who tried to rip his watch off his wrist, left with a black eye while one of his sons was also hit around the head. 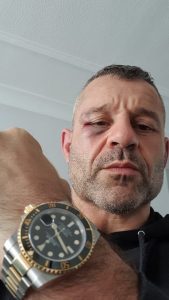 Speaking to Londra Gazete Raf said:  “The attack was disgusting because it was in front of my kids”

Due to the family history in self-defence, they were able to defend themselves from the attackers,  but when asked what he messaged would be to anyone that might possibly find themselves in a similar situation he said:

“To anyone else, just give them the jewellery and get back from insurance,

I risked my life out of pride, to show my kids I will not lose,

but I was lucky they didn’t use a knife,

otherwise, my kids would have witnessed their father being murdered”

When asked if he would recommend others to learn how to defend themselves he said:

” It allows you to remain calm, durable and resilient”  when facing a situation as he had.

Police said the victim was injured during the incident but did not require hospital treatment.

Anyone with information or additional footage concerning this attempted robbery is asked to call police on 101 quoting reference CAD 4602/30JUL19.