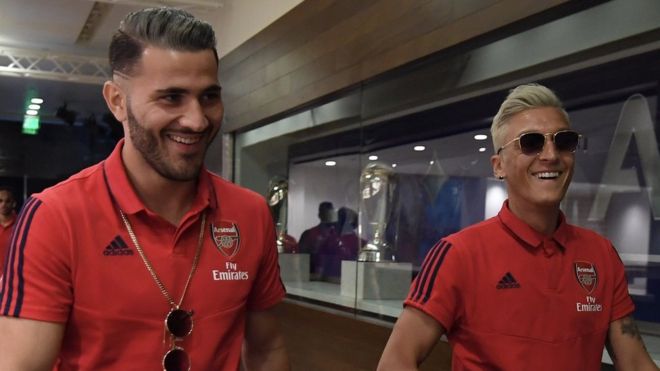 Arsenal footballer Sead Kolašinac has said he and his team-mate are “fine” after the pair were involved in a carjacking attempt by an armed gang.

Both Kolašinac and Mesut Ozil escaped uninjured in the attack in Platts Lane, near Golders Green, north-west London, at about 17:00 BST on Thursday.

Kolašinac can be seen in CCTV footage chasing off one of the carjackers.

Posting a picture on Twitter of himself and Ozil he added the caption: “Think we’re fine”. 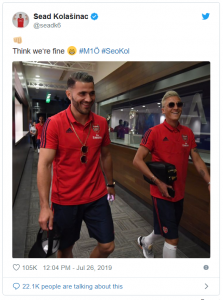 In a video that has circulated on social media, full-back Kolašinac, 26, is seen defending himself against two men who are wielding knives.

The Bosnian can be seen jumping out of a vehicle to confront the masked-men who had pulled alongside the car on mopeds.

A Met Police spokesman said: “It was reported that suspects on motorbikes had attempted to rob a man who was driving a car.

“The driver, along with his passenger, managed to get away unharmed and travelled to a restaurant in Golders Green, where they were spoken to by officers.”