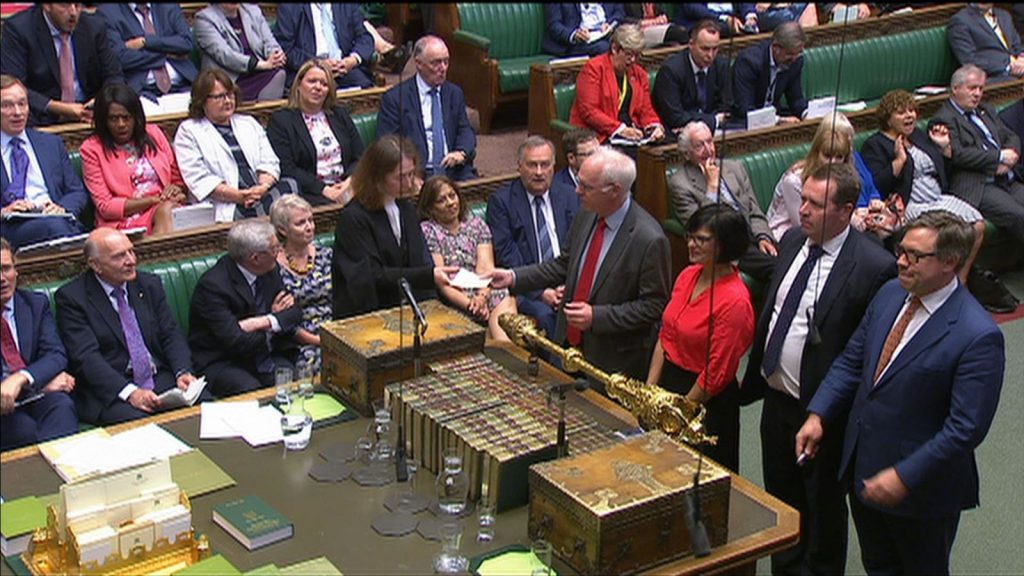 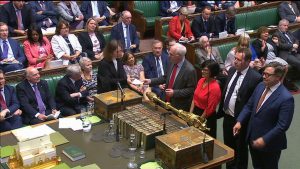 MPs have voted in favour of a measure that could block efforts by the next prime minister to force through a no-deal Brexit by suspending Parliament.

A majority of 41 approved an amendment that blocks suspension between 9 October and 18 December unless a Northern Ireland executive is formed.

MPs are now voting on a Lords amendment which proposes a similar measure.

If the 31 October deadline is reached without Parliament backing an agreement between the UK government and the EU, the UK is scheduled to leave the EU without a deal.

MPs have consistently voted against a no-deal Brexit, but the prime minister could try to get around that by suspending Parliament which would mean proroguing parliament in the run-up to the deadline, denying them an opportunity to block it.