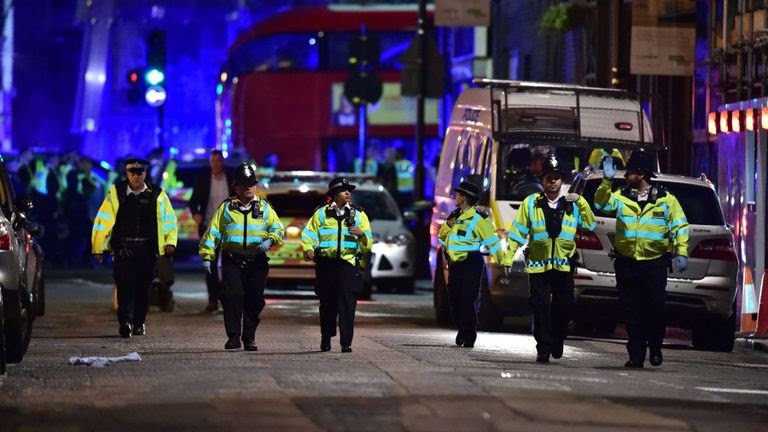 The coroner criticised the lack of barriers on the bridge in his conclusions “particularly vulnerable” location.

The attack, in June 2017, happened only two and half months after the Westminster Bridge attack.

Adding while the police investigation was “rigorous”.

He said there was an “arguable” case there had been a breach of an operational duty in relation to the police and MI5 investigation before the attack and a general breach of systems for protective security on the bridge.

But some victims’ friends and families remain critical of the police.

Christine Delcros, who was severely injured and lost her boyfriend, Xavier Thomas, in the attack highlighted a “catalogue of failings”.

Ms Delcros said it was “staggering” that Butt, a “well known extremist”, was allowed to work within the London Transport network, and that “opportunities to identify all the attackers and disrupt their activities did not occur”.

Citing the coroner’s findings, Mr Basu said: “Even those closest to the attackers, and we have heard from them during the inquest, knew nothing of their murderous plans.”

He said it will “never be possible to stop every plot”.