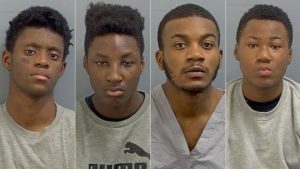 FOUR teenagers who stabbed Cemeren Yilmaz, 16, to death then filmed on Snapchat as he lay dying on the ground have been jailed for a total of 71 years.

Cemeren Yilmaz was murdered on the street in Bedford last September by three members of a rival gang and their cousin. Jacob Morgan, 15, Ramon Djauna, 15, Caleb Brown, now 16, and Aaron Miller, 20, were sentenced yesterday for the ‘shocking’ and ‘brutal’ murder.

The ‘Black Tom’ gang members were named in court for the first time in court as Judge Simon Bryan QC lifted an anonymity order protecting their identity due to the extreme nature of the attack. The judge said the killing came out of ‘a sadly all too common backdrop of gang rivalry and associated carrying and use of weapons with tragic consequences and the loss of a young life’. 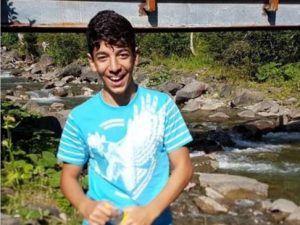 Cemeren was chased down before being bludgeoned with a hammer and stabbed, before one of the boys filmed as he bled and posted the footage online. Cemeren died in hospital the following day, having suffered 50 separate injuries and massive internal damage.

Aytac Food helping you towards a sustainable and clean lifestyle