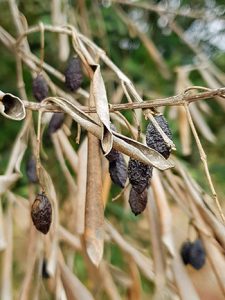 SOUTHERN Europe countries are said to be at the greatest risk from a deadly disease described as a “very serious threat” to the EU’s olive industry.

The European Food Safety Authority (ESFA) says computer modelling has helped understand how it spreads, but there is no cure for infected plants.

Experts describe Xylella as one of the “most dangerous pathogens worldwide”.

It was first recorded in Italy in 2013, and has since spread to other European nations.

“One of the problems of Xylella is that is a bit of a silent spreader,” explained Dr Stephen Parnell from the University of Salford and chairman of the EFSA’s working group on Xylella fastidiosa pest risk assessment.

“That sort of information is really important when you try and design ways to detect the disease in new areas.”

He warned that once the disease infected plants, there was no cure. “The only way to eradicate or slow down the spread is to remove the inoculant source.

“However, there are other things you can do, such as control the vector population and remove the weeds where the vectors can live.”

Since the pathogens arrival in the EU six years ago, researchers have been able to collect data about it and have now developed computer models to help them tackle the disease.