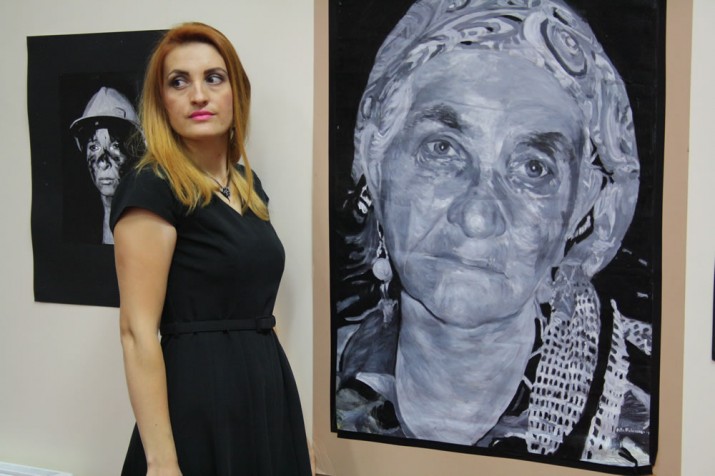 Artist Filiz Kahraman’s efforts to take the Soma tragedy to an international stage continued with a second exhibition in London.

Black Soma, commemorating the disaster two months ago in which 301 miners were killed in a mine near the western Turkish town of Soma, opened this week at the Bozca-Der association.

“Pain has no colour, language or religion. Pain is pain,” Ms Kahraman told Londra Gazete. “I asked all thoughtful people who feels the Soma disaster in their souls to paint their faces black and send me their photograph. Hundreds of people from all around the world responded.”

The exhibition, which opened on Sunday, was supported with performances by church musician Janet Baldacci; Niyazi Ölmez from the Istanbul Opera and Ballet; and London-based opera singer Burak Gülşen.

Visitors to the exhibition viewed the works to the accompaniment of digital music from Denis Erd Music.

Bozca-Der director Cengiz Yıldızadded that his organisation was pleased to welcome Filiz Kahraman and her Black Soma exhibition to commemorate a disaster in which 301 people lost their lives.

The exhibition can be viewed at the Bozca-Der headquarters at the Old Library Building, Crompton Crescent, N17 7LD.