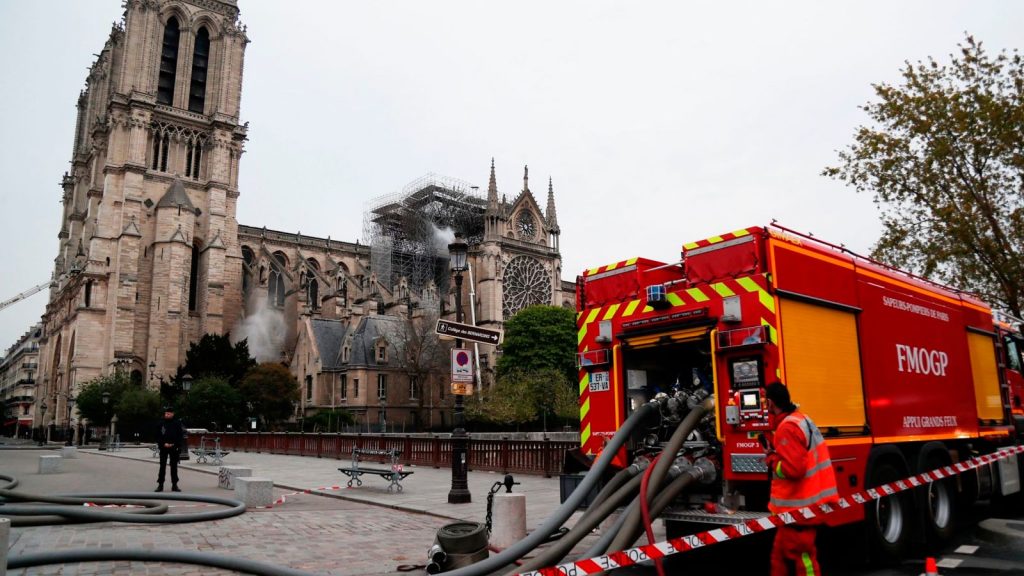 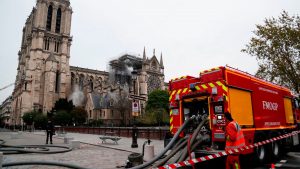 OVER 400 firefighters managed to save the 850-year-old Gothic building’s main stone structure, including its two towers, but the spire and roof collapsed.

The fire began at around 18:30 (16:30 GMT) Monday 15 April and quickly reached the roof of the cathedral, destroying the wooden interior before toppling the spire. The fire was extinguished on Tuesday 16 April morning.

By the time the fire was, hundreds of millions of euros had been pledged towards the cathedral’s reconstruction.

The Paris prosecutor’s office said it was currently being investigated as an accident, with officials saying it could be linked to extensive renovation works taking place.

President Emmanuel Macron has expressed the shock of a “whole nation” at the fire. As Paris Mayor Anne Hidalgo said, Notre Dame is “part of our common heritage”.

“We will rebuild this cathedral” 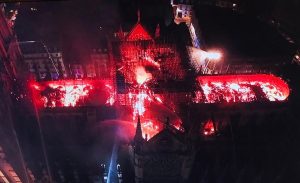 Individuals and groups are mobilising to help rebuild Notre-Dame. Hundreds of millions of euros have already been pledged.

Another €200m was pledged by Bernard Arnault’s family and their company LVMH – a business empire which includes Louis Vuitton and Sephora – on Tuesday morning, according to Reuters news agency.

The French charity Fondation du Patrimoine is launching an international appeal for funds for the cathedral, a Unesco World Heritage site.

What can be saved? 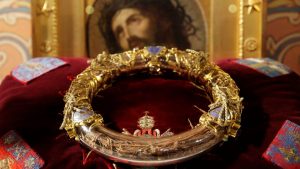 Search teams had already begun assessing the extent of the damage when dawn broke over the French capital. The cathedral’s blackened stone and charred scaffolding were revealed to onlookers for the first time.

According to fire brigade spokesman Lt-Col Gabriel Plus, “the whole of the roof has been devastated… a part of the vault has collapsed, the spire is no more”.

However, it could have been much worse. Mr Nuñez said that had fire crews not entered the building, “without a doubt it would have collapsed”, French newspaper Le Monde reported.

Photos appear to show that at least one of the cathedral’s famed rose windows has survived, although there are concerns for some of the other stained-glass windows.

Emergency teams managed to rescue valuable artwork and religious items, including what is said to be the crown of thorns worn by Jesus before his crucifixion, which were stored inside the cathedral built in the 12th and 13th centuries.

A tunic, which King Louis IX is said to have worn when he brought the crown of thorns to Paris, was also saved.