It has been confirming the young man is 18 years old and was rushed to hospital.

The victim’s condition is currently unknown.

A witness passing the scene at the time of the incident has spoken to us at Londra Gazete saying that the victim is a Turkish man.

Adding that the victim was stabbed in the left thigh, images show police treating the young man as he lay cover in blood on the sidewalk. Its also believed the young man family also arrived at the scene. 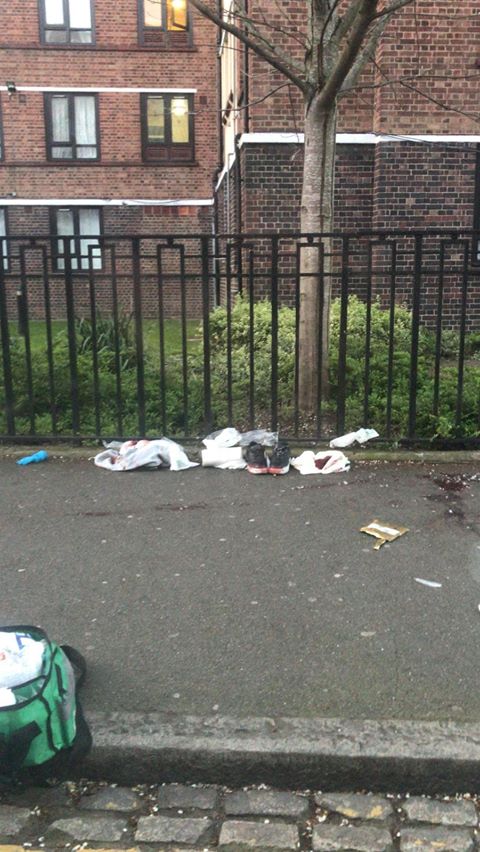 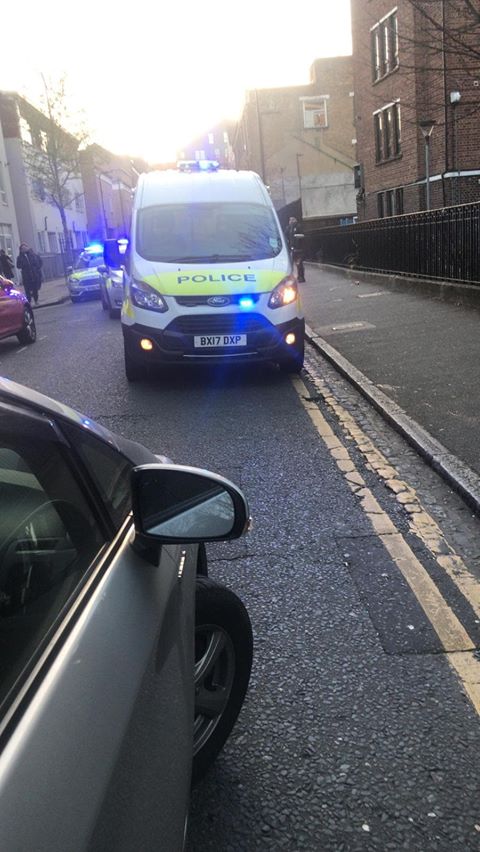 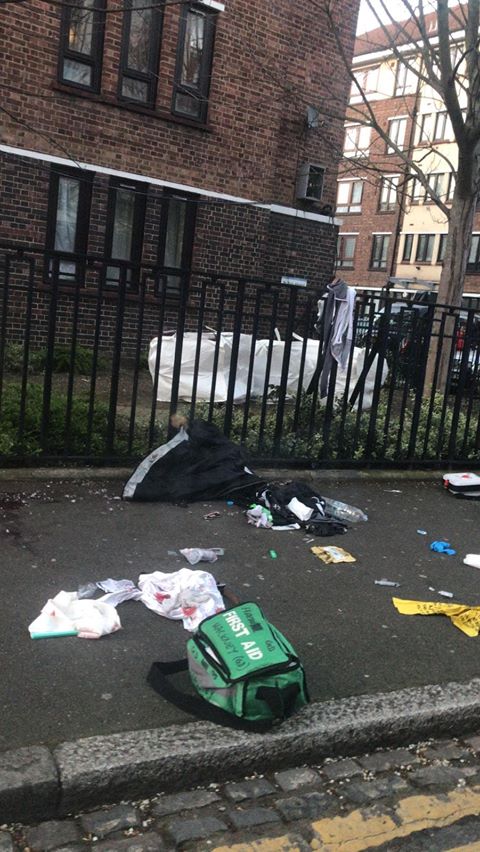 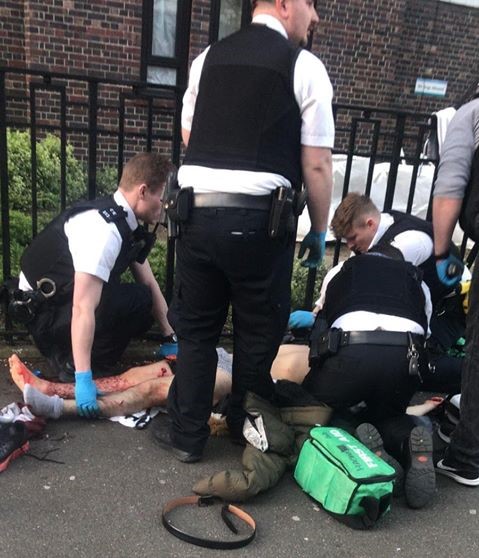 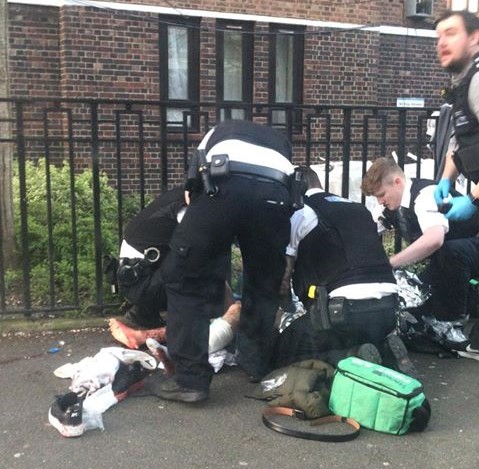