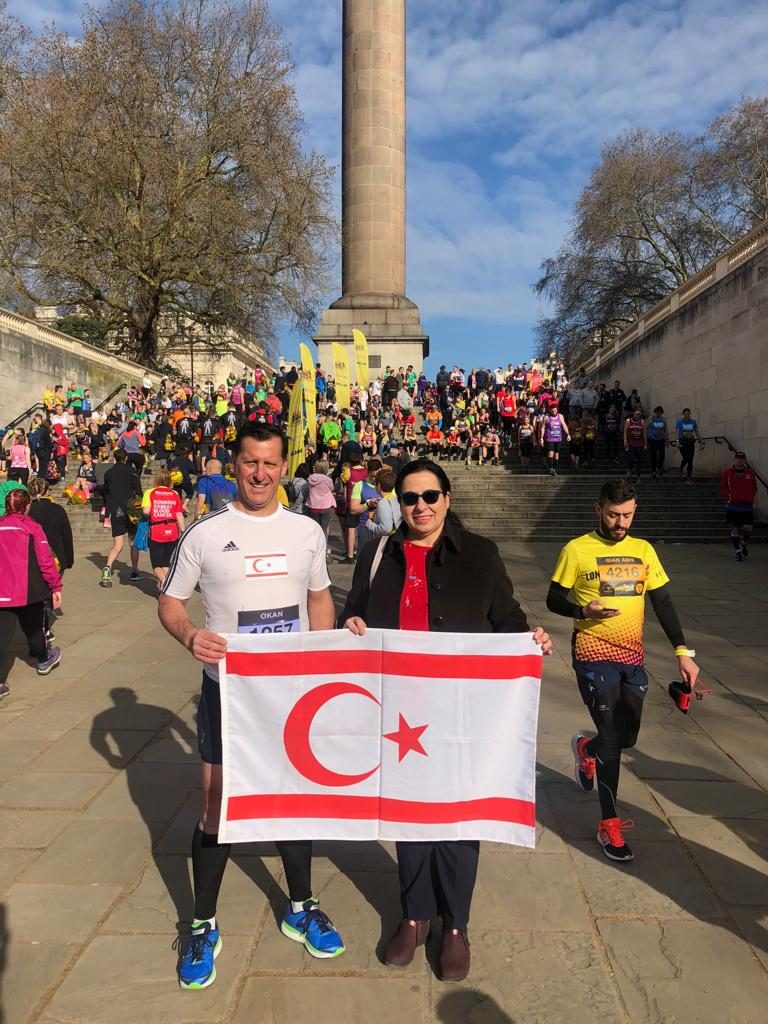 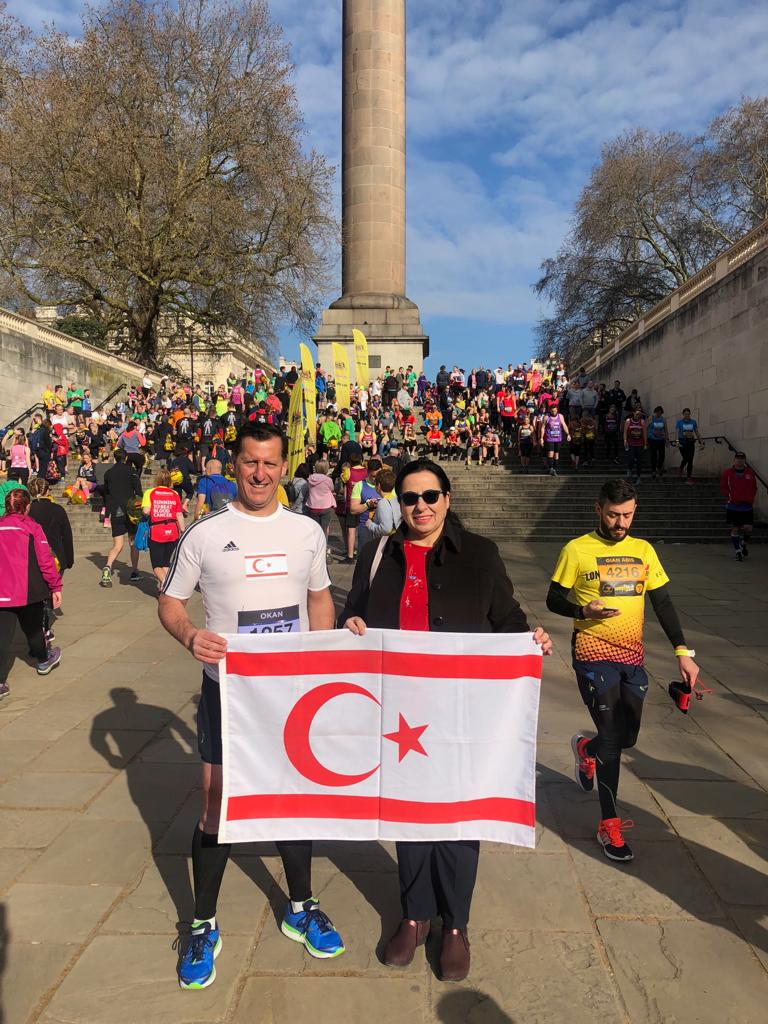 Tuncalı, outlined her appreciation for Okan Baysan for being one of the many successful people living England also for his awareness and positive efforts for TRNC.

“Since 2013, Okan Baysan has been attending many marathons both in the UK and abroad. He participates with the notion of promoting the Turkish Cypriot identity and flag. We have many successful people in this country. One of them, Okan Baysan introduces our country and our people and creates a positive public opinion. I would like to thank him for his awareness and positive efforts for our country and wish him further success.” Baysan also expressed his gratitude for the support given by Representative Tuncalı.