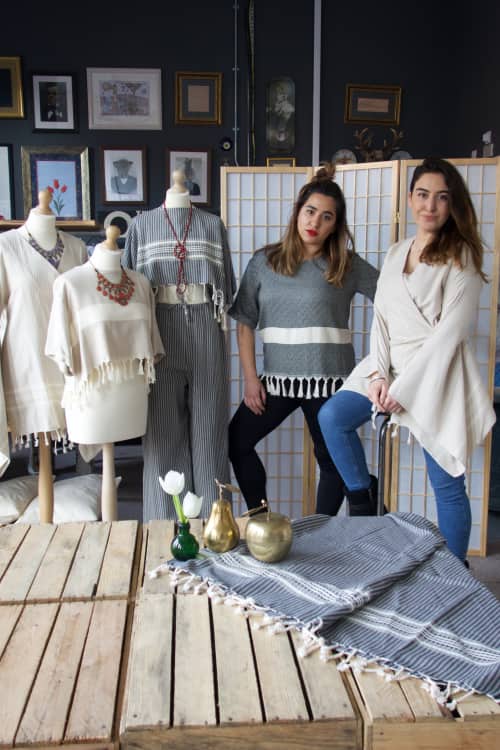 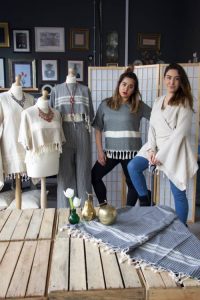 Harem London was founded by two sisters; Duygu Öztürk and Begum Öztürk in May 2015 in London, back in the day the brand was named Harem Bath after bathroom textiles.

Coming from a Turkish background with a deep cultural heritage, and living in the centre of Europe, London, for more than half of their lives, the sisters wanted to create a bridge between the two cultures they have been experiencing.

Duygu coming from an Art background, a Central Saint Martins graduate is the founder and artistic director of the brand. Begum on the other hand as a Goldsmith graduate, takes the business side of the brand.

IT ALL STARTED WITH HAMMAM TOWELS

“Pestamal” as it is called in Turkish, is Harem London’s signature item. Coming from the pure organic cotton, hammam towels are manufactured locally in Turkey, which makes Harem London towels different from the rest of the market. Quality is the key for Harem London.

Two sisters started their market research at the street markets, opening stands every weekend for a year, introducing their products one on one to the curious gazers. Harem London being a completely customer oriented brand, listened to the requests of the stand visitors and shaped the next collections accordingly.

In 2018 Harem London decided to expand their concept and create more than summer beach wear.

The brand started working on their modernised re branding, keeping Turkish Heritage as their core and moving forward to become an urban everyday accessible luxury fashion.

The new collection will bring a new vibe to Harem London with its modern design with traditional Turkish weaving.