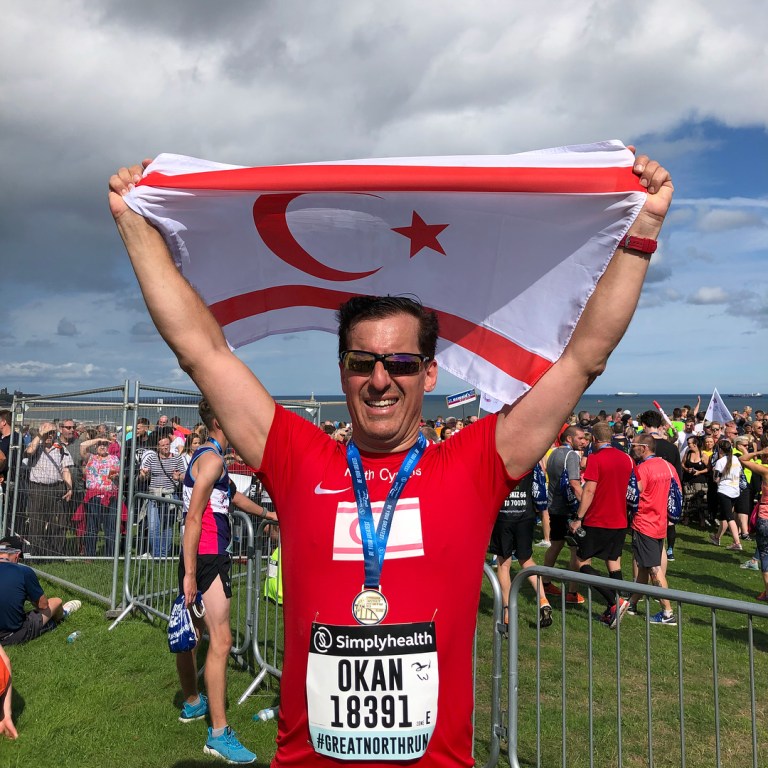 AS an executive consultant at IBM, Okan Baysan continues to carry out a successful representation in order to promote the TRNC and to raise awareness in the marathons.

Okan Baysan will run to awareness for prostate cancer on March 24, 2019.

Okan Baysan, born in Lefke, will run on March 24, 2019 at London Landmarks Half Marton to raise awareness of prostate cancer.

Baysan also began to collect donations to the marathon he will to participate in to raise awareness for prostate cancer.

Back for its second year, the London Landmarks Half Marathon is a closed road, central London run and is the only half marathon to go through both the City of London and City of Westminster. From cultural landmarks and heritage to the city’s quirky and hidden secrets, runners get to explore the capital on a route like no other.

The run starts on Pall Mall, finishes by Downing Street and has fabulous views of London’s most iconic landmarks including Big Ben, St Paul’s Cathedral, Nelson’s Column, the Gherkin, the Shard, the Tower of London and the London Eye.

Okan Baysan made the following statement to London Gazete in regard to his participation:

“The following marathon which is set to take place in March through the organisation of Prostae Cancer UK, is one of the marathons which I will participate in 2019. I will be proud to be involved in this competition by contributing to raising awareness of prostate cancer as well as representing our country too”.

You can contribute to the charity campaign by Okan Baysan for the Prostate Cancer UK charity at the following address: https://www.justgiving.com/okan-baysan2

Baysan emphasized that he wanted to create more awareness about prostate cancer and called on everyone to visit Justgiving.com and make a donation. Okan Baysan, in addition to the events in England within the 2019 program, he will also participate in marathons which will take place in Portugal, France and Spain this year, and plans to catch the 1050 km target until 31 December 2019. Baysan, hoping that the new runners will join them this year, said: “In these races we can participate as an individual or as a team, with the awareness of our fundamental duty to introduce our identity to the world with sports, I wish the success to the new friends who are joining in the future and hope that they will be prepared consciously and do not give any opportunity to be injured”.