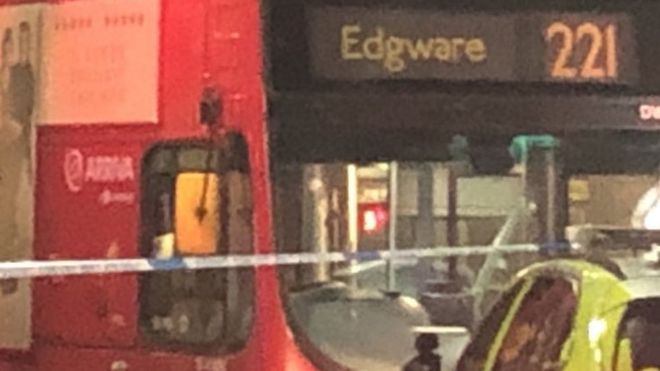 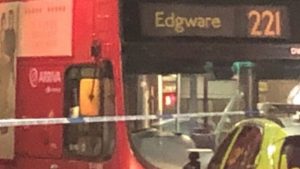 A bus driver has been hurt following police reports of gunshots fired outside a London Tube station.

Armed officers and others from the Metropolitan Police were called to Turnpike Lane station in Wood Green, north London, at 00:24 GMT.

A bus driver, aged in his 50s, was found with minor forehead injuries from shattering glass, the Met said. He was taken to a north London hospital.

Police said evidence was found that a firearm had been used.

No-one has been arrested and officers remain at the scene.

Earlier road closures reported by Transport for London have since been lifted. The Piccadilly Line, which Turnpike Lane station is served by, was unaffected.