Islington Council calls for Universal Credit to be scrapped 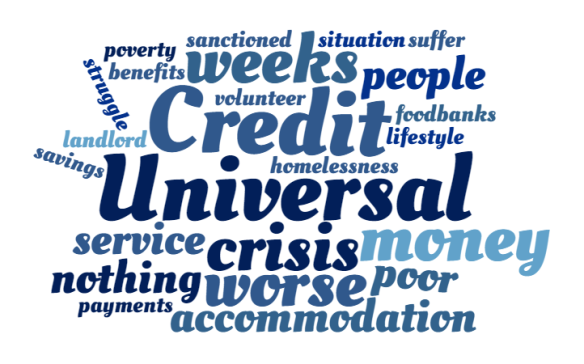 ISLİNGTON Council is among the first local authorities in the UK to pass a motion demanding that the Government’s Universal Credit benefit policy be scrapped altogether and replaced, calling it a “policy of deliberate destitution”.

Almost 10,000 households in Islington – many of them the borough’s poorest and most vulnerable residents – are expected to be left worse-off under Universal Credit [UC] by the time its rollout in the borough is complete, losing out by an average of £500 per household per year.

More than 4,000 Islington households have been transferred to the new combined benefit since the full service rollout of UC began in Islington in June. There are a further approximately 21,000 households still to go as UC rolls out.

Since the rollout of full service Universal Credit began in the borough in June, referrals to Islington Foodbank have quadrupled, with 44 households referred specifically due to UC over the summer alone.

Cllr Andy Hull, the council’s executive member for finance, performance and community safety, said: “The Government’s flagship Universal Credit scheme has been universally discredited. They have had since 2014 to fix the deep problems with UC and have failed to do so.

In fact, they are failing to process around 12 per cent of claims from residents within their own five-week target – that’s one household in every eight left to fend for themselves for even longer without any money coming in.”