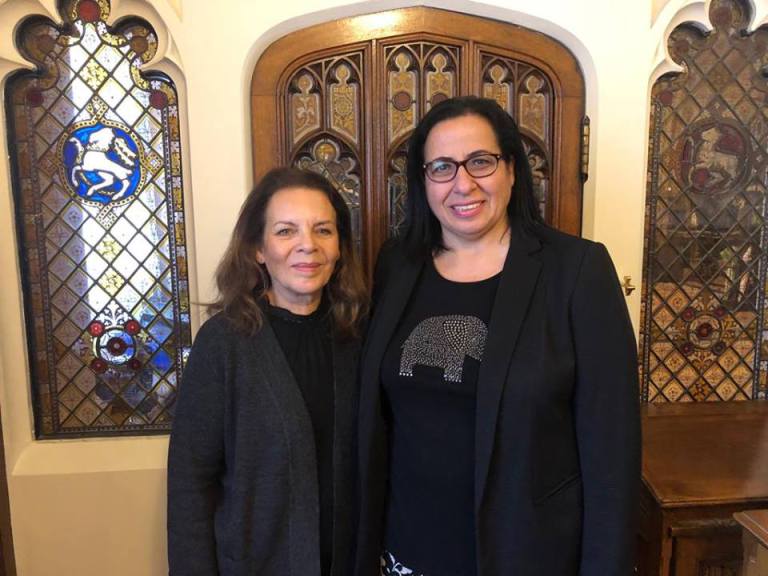 Tuncalı and Ece came together on 18 October, Thursday.

Following of findings of human remains found in the Tottenham Park Cemetery, Baroness Meral Ece works closely with the campaigners to improve the situation in the cemetery.

“In our meeting with Baroness Meral Ece, we discussed the works which could be pursued for the Turkish Cypriot community. In this context, we also exchanged views on what can be done to overcome the troublesome situation at Tottenham Park Cemetery, which deeply upset us.”

Tuncalı emphasized that one of the most important duties of the representation office is to ensure that all sections of the society act in unity and solidarity hence, Turkish Cypriots should be active in British politics.

“We spoke about what we can do to make the issues that are important for our country to resonate in British politics, and we had the opportunity to pre-study the creation of the Turkish Cypriot Friends Group of the Liberal Democrats Party.”