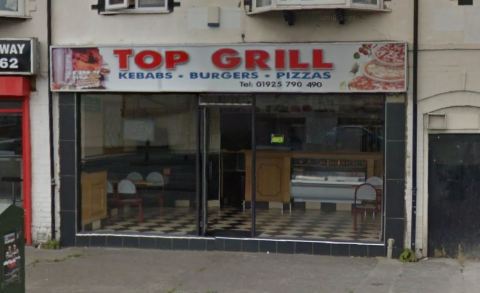 A jailed Warrington takeaway owner, who lied about his sales to evade tax, must repay £245,000 or face another two behind bars.

Mehmet Tekağac, 44, of Viscount Road, Padgate, was jailed for 30 months for tax evasion after not declaring takings from the Top Grill Kebab and Pizza House on Warrington Road, Penketh, following a HM Revenue and Customs (HMRC) investigation.

He was ordered to repay £245,105 within three months, or spend another two years in prison and still owe the money, at a confiscation hearing at Liverpool Crown Court on Tuesday October 8.

Tekağac claimed to earn just £9,000 a year but was hiding the takings from his shop to evade paying Corporation Tax and kept the VAT he charged customers. Tekağac also lied about how much he earned to claim Child Tax Credits as a low income family. He was jailed in September last year after admitting fraud.

The confiscation hearing was told Tekağac sold land and buildings at Longbarn Local Centre in Padgate and his former takeaway, for £305,000, shortly before admitting his crimes. He also transferred a house in Warrington to his brother.

The court ruled Tekağac lived a criminal lifestyle with assets beyond any legitimate income he had. This means Tekağac must repay more than the £179,000 he was convicted of stealing.

“Tekağac amassed a wealth of assets while claiming to earn just £9,000 a year from his business. His web of lies came crashing down and he faces even longer behind bars if he does not repay the money he stole.