Grenfell Tower was “unsafe to live in” 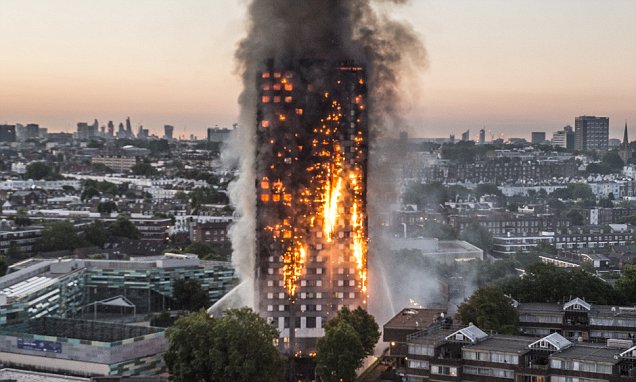 A fire chief has stated that the spread of fire inside Grenfell Tower was so horrendous that no-one should ever have been allowed to live there.

Deputy assistant commissioner Andrew O’Loughlin asserted that the inquiry into the disaster that the failure of the building could not have been foreseen.

He was defending the decision to tell residents to remain in their homes.

People in flats not yet reached by smoke and fire should have been protected by the building, he said.

Mr O’Loughlin was the most senior London Fire Brigade Officer on the scene and was in charge of the incident when the advice to “stay put” was given to residents.

After 02:47 BST, residents were encouraged to escape if they could, rather than await rescue.

But the commissioner said that firefighters had reason to expect that the “stay put” advice would keep residents safe.

He said: “You wouldn’t expect fire to spread around the building like it did on the outside. And for it to fail so catastrophically – we’d never expected or anticipated that.