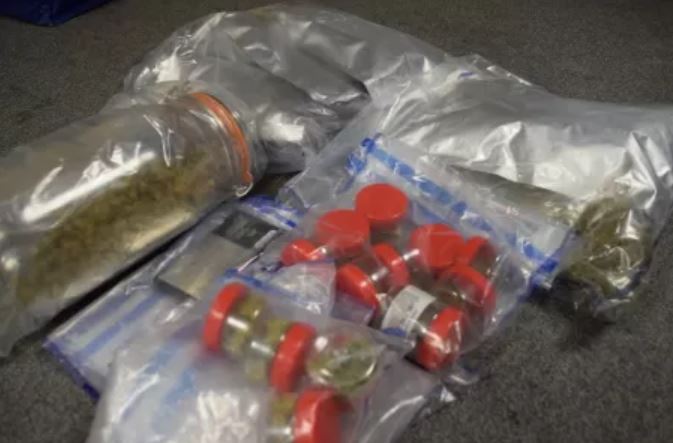 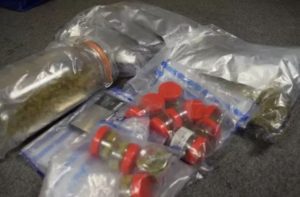 Some of the seized items

Thirty five people have been arrested following a series of linked arrest warrants, as part of a long-running operation targeting suspects involved in drug-dealing and violence in Hackney borough.

In the latest phase of the operation, called Operation Ballymore, police carried out a series of dawn raids across Hackney on Thursday, 13 September, with nine warrants executed at addresses in and around the Stoke Newington area.

3 people were arrested on suspicion of drug possession and supply, and possession of criminal property. A quantity of drugs, several knives and more than £4,000 cash was seized.

This morning’s activity was part of an intelligence-led operation led by Hackney Police’s Gangs Unit which started in January in response to a rise in gang-related violence linked to drugs in the borough.

The first series of raids for this operation took place early on Wednesday, 5 September, when officers executed warrants at around 20 addresses.

14 people aged between 17 and 50 – ten adult males, two women and two male youths – were arrested on suspicion of drug and money laundering offences. Approximately £40,000 of cash was seized along with around half a kilo of class A drugs.

9 of those suspects were charged with drug offences and have appeared in court; the remaining five were released under investigation while enquiries continue.

On Wednesday, 12 September, a further 11 arrests warrants were executed in the Stoke Newington and Manor House areas.

5 people were arrested on suspicion of drugs, money laundering, robbery and breach of court order offences; they were subsequently charged and remanded to Thames Magistrates Court on 13 September 2018.

Thursday’s warrants were the culmination of the operation which, since January, has resulted in 35 arrests and 27 people being charged. The remaining eight are released under investigation.

Detective Inspector Matt Webb from Hackney Gangs Unit said: “This has been a hugely successful operation with a huge number of arrests, some of whom were charged and remain in custody. Some of them have already been before the courts and been jailed…

“This operation shows our ongoing commitment to making our streets safer by investigating and targeting people involved in gang-related violence and criminal activity which harms communities. This particular operation may be coming to a close, but that does not mean that our robust approach to dealing with people suspected of serious criminality stops.

“We urge anyone who suspects any criminal activity in their neighborhood to report it to police on 101, or 999 in an emergency.”