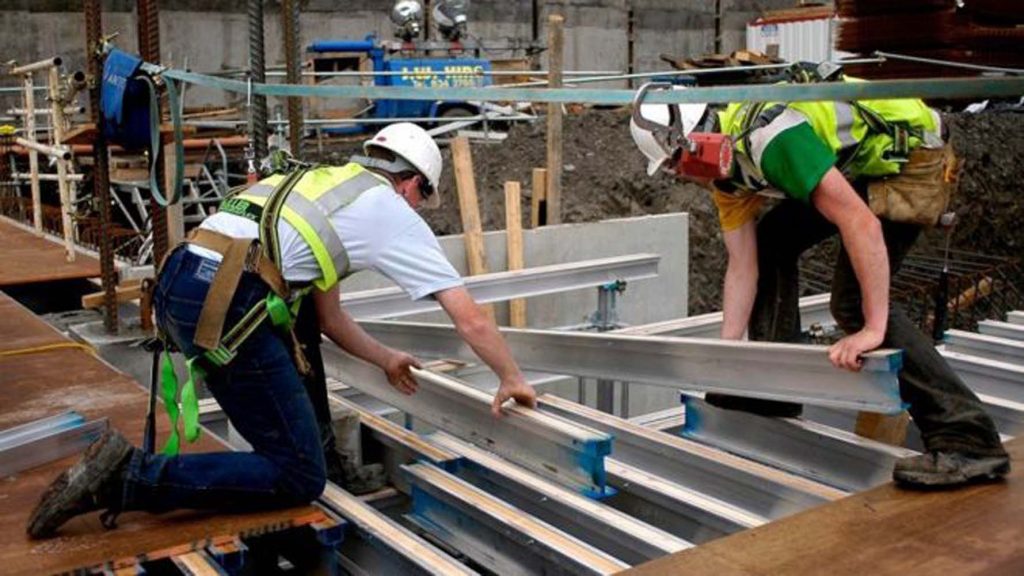 The UK’s economic growth has increase for the first quarter of the year after construction data was found to be stronger than earlier estimates.

Growth for the three months to March was 0.2%, the Office for National Statistics said, a surprise upgrade from the earlier estimate of 0.1%.

The pound jumped as speculation grew about the possibility of an interest rate rise later this year. Against the dollar, sterling was up 0.8% at $1.3181 in afternoon trade.

Rob Kent-Smith of the ONS said: “GDP growth was revised up slightly in the first three months of 2018, with later construction data, and significantly improved methods for measuring the sector, nudging up growth.”

Separate data from the ONS showed that the key services sector – which accounts for about 80% of the UK’s economy – grew by 0.3% in April, the fastest monthly rate since last November.

Last week, the Bank of England kept UK interest rates on hold at 0.5% but signalled that an August rate rise was more likely than previously thought.

At the meeting, the Bank’s chief economist, Andrew Haldane, joined two other Monetary Policy Committee (MPC) members in voting to raise rates to 0.75%.