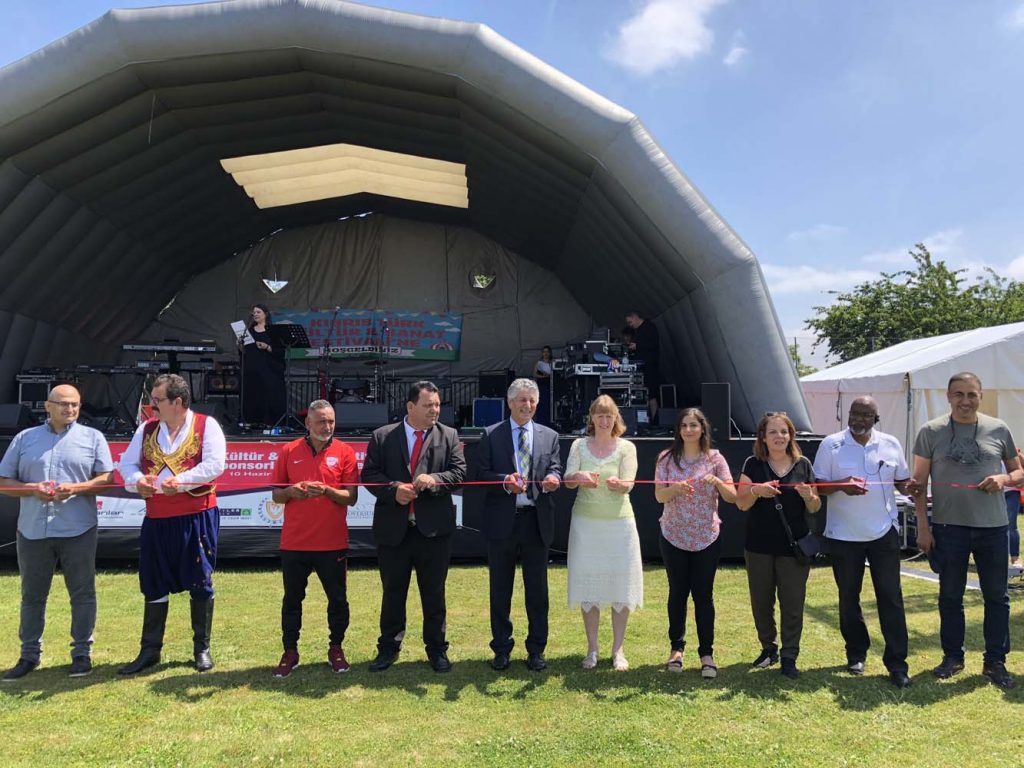 Speaking at the festival, Enfield council leader Nesil Çalışkan outlined the importance of functioning in solidarity and representing various cultures through organising events. Nesil stated how happy she was to see thousands at the festival and thanked everyone for putting effort into this organisation.

The festival aimed to introduce the Turkish Cypriot culture to the younger generation in particular, those who attended shared wonderful moments with friends and families.

There various stands of handcrafts reflecting the Turkish Cypriot culture, authors and poets, traditional foods and drinks, also old children’s games were presented.  The guests who came to the festival enjoyed the happiness of discovering their delicious cultural dishes and had the opportunity to see donkeys.

Festival coordinator Ahmet Havalı emphasized the important of the festival which signifies unity and stated that as TCT they aim to traditionalize the festivals alongside other events.