Muslim’s hand out roses against violence in London 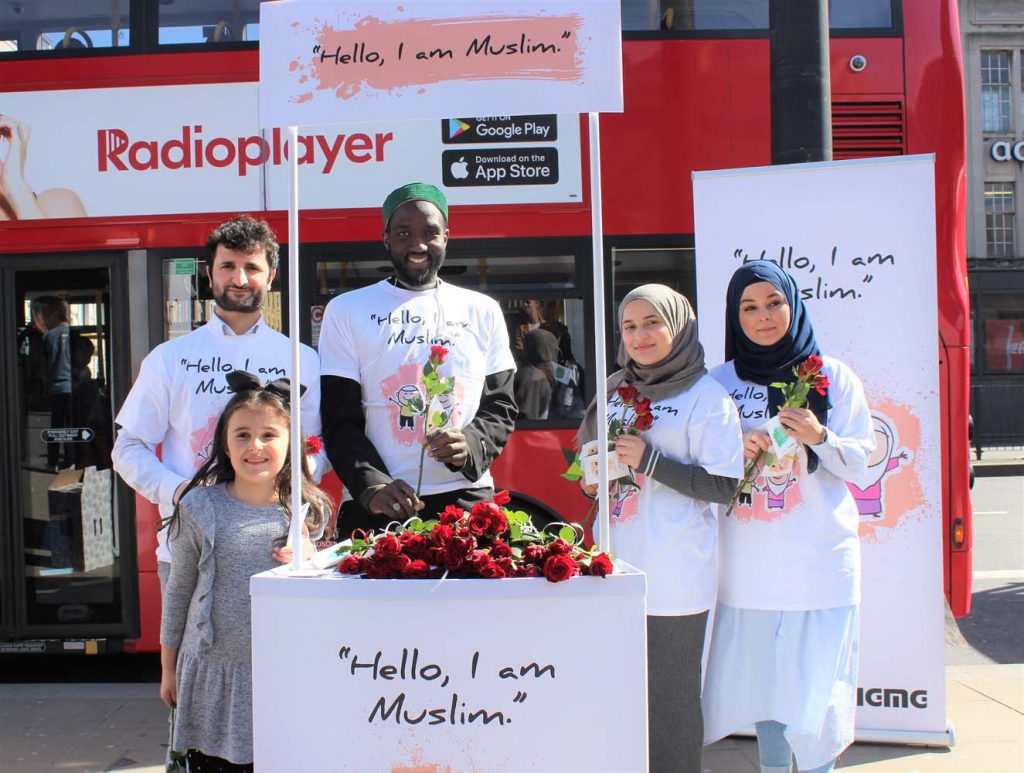 ISLAM Society National Opinion (IGMG) handed out roses and informative brochures aimed at diminish fears about Islam at the stands they had opened near the King’s Cross metro station in the centre of London.

“As you know, there has been unsigned letters entitled ‘Punish a Muslim’ in various parts of the UK and an action against the invasion of Muslims on April 3rd. At the same time, we regularly organise this event together with our institution every year called ‘Hello, I am Muslim’. 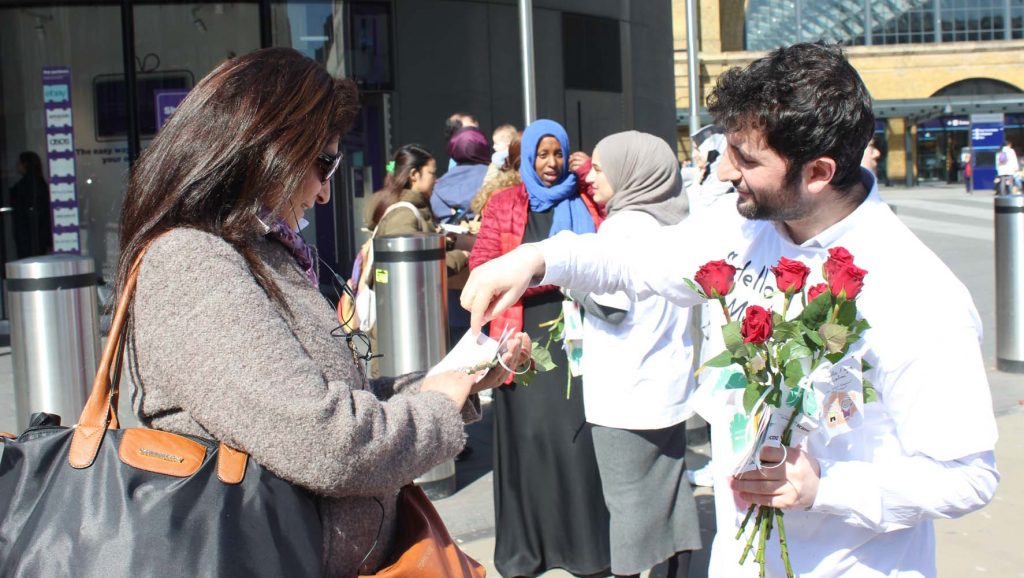 We have received very positive responses from people we have communicated so far. So far we have not experienced any negative situation. The rose we give to people as a gesture makes them very happy. This is the first time in the UK.

We are trying to break the prejudices about Muslims. We, as Muslims, believe that it will be the right thing to do. There are explanations of how important the mutual communication is in the brochures we distribute.

This event will take place in Europe over the weekend by setting up informational stands with a program supported by more than 500 mosque associations.” The event, which took place in London in a sunny and crowded area, started at 1pm and lasted about 4 hours.