First ever London to Amsterdam Eurostar service sets off 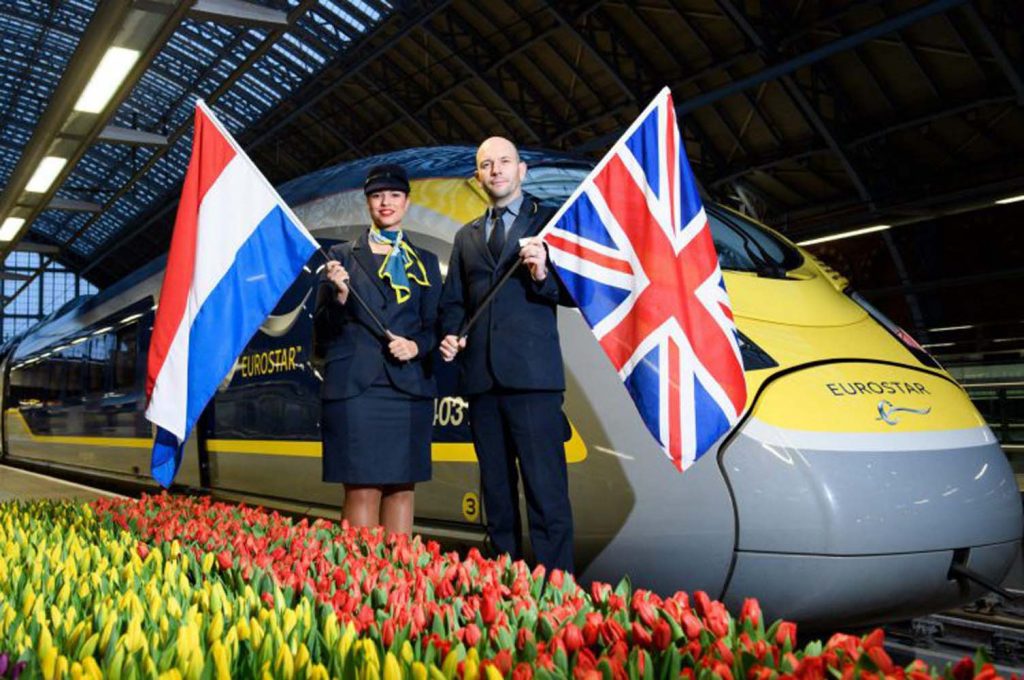 ST Pancras saw the Eurostar train from London to Amsterdam set off on Wednesday 3 April 2018 to Amsterdam.

For the first time, a direct passenger service left London bound for the Dutch capital. The 08.31 Eurostar train pulled out on time, and was due to reach its destination 3 hours and 41 minutes later.

With tickets starting at £35 each way, Eurostar hopes the new city centre to city centre route will be a major competitor to one of Europe’s busiest international air routes.

Eurostar chief executive Mike Cooper said: “The departure of our first commercial service to Amsterdam represents a historic milestone for Eurostar and the growth of international high-speed rail.

“With the Netherlands becoming increasingly popular as a business and tourism destination, the potential for our new route is significant and we look forward to offering our customers a fast, seamless connection between these key European cities.”