The Art Forum first event was devoted to the space poet 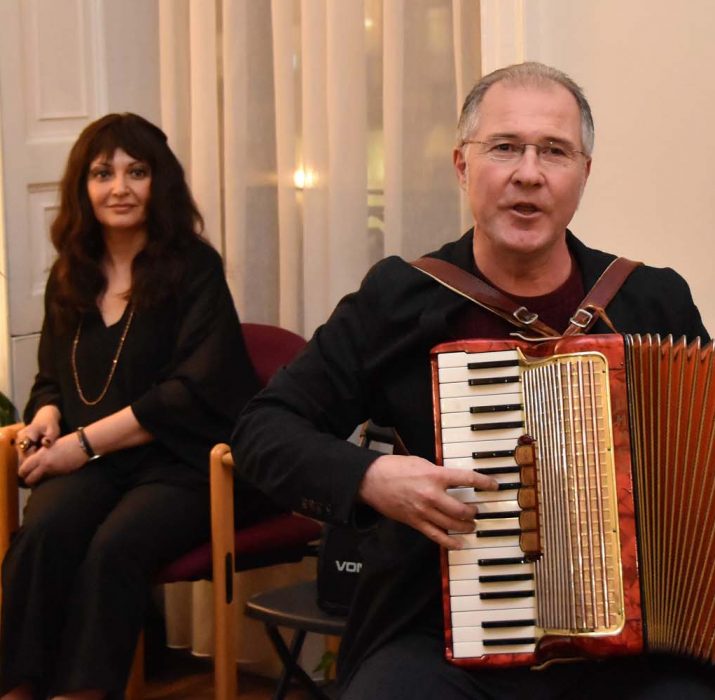 During the past few weeks, the London Art Forum, which was established with the support of Zehra Başaran, Representative of the Turkish Republic of Northern Cyprus began its activities.

Turkish Cypriot poet and thinker Osman Türkay was commemorated on his 91st birthday by the London Art Forum. The program was hosted by the TRNC London representatıon which took place on 22 Thursday, February.

Approximately 60 people attended the event and the opening speech of the program was made by TRNC Representative Zehra Başaran. Başaran stated that Türkay, lived in London for a while, also lived beyond the time and conveyed the artist personality and emotions to different dimensions.

In the documentary directed by author Sonay Yakup Yakupsoy, the life story of the poet Türkey was told. A documentary screening, author Yakupsoy and sociologist Eren-Nijhar gave a short interview on the poet’s life and accomplishments were shown. After the screening, Ethem Demir sang the famous Cypriot song called Famagusta port.

Following Demir’s performance, Gülgün Özçelik, Erkan Pastırmacıoğlu and Ethem Demir from the TRNC London Education and Culture Attache presented a work called memories with Osman Türkay in the light of interviews and remarks made in the past. Unal Aydın, sociologist Eren-Nijhar and writer Sonay Yakup Yakupsoy from Belgium came to sing at the music concert with poet Osman Türkay to participate in the evening after the presentation.

Musicians Naci Göçen, Erkan Pastırmacıoğlu, and Abdullah Bey touched the hearts of listeners with their comments. After the performances of the musicians, Gülgün Özçelik, Mehmet Salih Öksüzoğlu, Tevfik Zekai and Mustafa Köker spoke of the memoirs of Osman Türkay.

Osman Türkay studied at a private English school and went to London to study journalism and philosophy (1955). Türkay, who started to write poetry in secondary schools, published poems in Varlik and Beşparmak magazines. He then moved to London and started writing English poems; at the same time. During 1951-56 years in London, the poet paused to writing poems and centralised his attention on world poetry, especially English poetry. His poems were translated into languages such as Greek, Spanish, and Czech. He died at Girne Akçiçek Hospital, where he was treated for health problems related to old age on 24 January 2001.