Travel warning as parts of UK set for heavy snow

Parts of the UK could see up to 25cm (9.8in) of snow on Tuesday night, the Met Office has said. 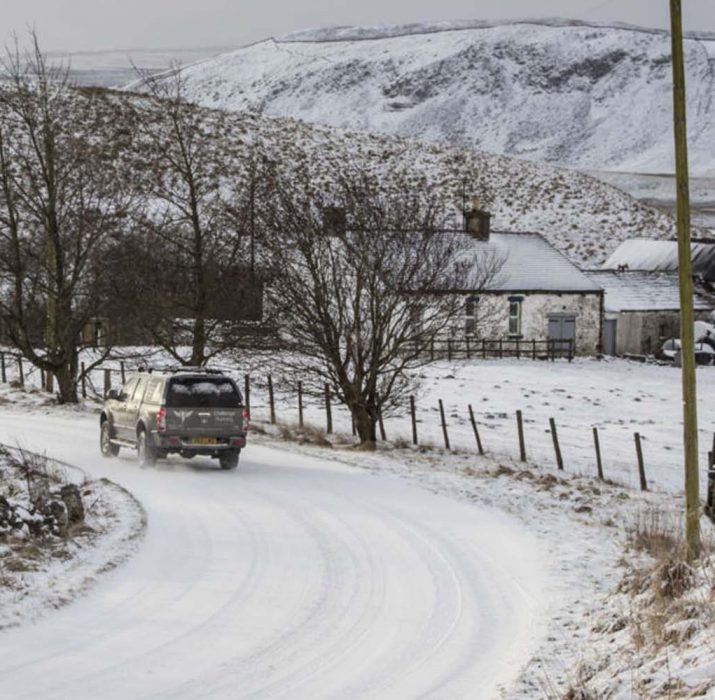 Parts of the UK could see up to 25cm (9.8in) of snow on Tuesday night, the Met Office has said.

Amber warnings for snow and ice have been issued for southern Scotland and Northern Ireland, with forecasts of between 15cm (5.9in) and 25cm (9.8in) of snow on higher ground and up to 10cm (3.9in) at lower levels.

The warnings also cover Central Scotland, Tayside, Fife, Lothian and Borders and Stathclyde, and are valid from 3pm on Tuesday until 8am on Wednesday.

Much of Scotland and Northern Ireland will still be covered by less severe yellow snow warnings until 6pm on Wednesday, and the white stuff could also yet make an appearance as far south as Wales and the Midlands, with between 2cm (0.8in) and 6cm (2.4in) possible in the hills.

“The forecast for today is it’s likely to become a bit more wintry, so we could be seeing snow for many areas, with northern and western areas seeing frequent showers,” Met Office forecaster Luke Miall said on Tuesday.

“It will stay cold, we will continue to feel that wind from the northwest, quite gusty, so feeling bitterly cold outside today.”

Gritters have already been out in force across Scotland on Tuesday, with schools closed and major disruption on the roads after subzero temperatures and heavy snowfall on Monday night.

Motorists have endured minor collisions on the roads in the Highlands and Strathclyde, with sleet and snow causing major disruption on the M9, M80, A720, M77, A7, M73 and A9 at Dalwhinnie – which was closed for two hours due to a jack-knifed lorry.

It comes as breakdown cover provider Green Flag warns there could be more than 120,000 breakdowns on Britain’s roads this week due to the treacherous wintry conditions.

Green Flag’s Simon Henrick said: “After a variable and relatively mild winter period, the changing weather conditions may take some drivers by surprise this week, so it’s important that drivers do all they can to stay safe in the more challenging conditions.

“By thoroughly checking their cars before leaving home, approaching the roads with caution and keeping plenty of distance between cars drivers will decrease the risk of encountering a problem while on the roads this week.”

:: Check your speed and use gentle driver inputs
:: Give more warning than usual to other drivers
:: Keep plenty of distance between cars
:: Be extra wary of black ice, as it’s easy to miss
:: Approach corners at a steady speed, in as low a gear as possible
:: Be familiar with your car’s ventilation system to prevent steaming up

Schools and nurseries have also been affected by the snow, with more than 50 closed in the Highlands allowing more than 3,000 children to enjoy a snow day. There have been further closures in South Lanarkshire and Dumfries and Galloway.

Snow has also already fallen in parts of northern England and Northern Ireland, with 1cm (0.4in) reported in Lough Fea.

Despite a lack of snow, it has been bitterly cold and windy in southern parts of the UK, with ice expected and temperatures unlikely to go above -1C in London on Tuesday night. (SKYNEWS)