Main opposition Republican People’s Party (CHP) leader Kemal Kılıçdaroğlu revealed that President Tayyip Erdoğan’s close circle – including his brother, his son and his executive assistant – made transactions worth around $15 million to an off-shore company called Bellway Limited in the tax haven Isle of Man in December 2011 and January 2012. 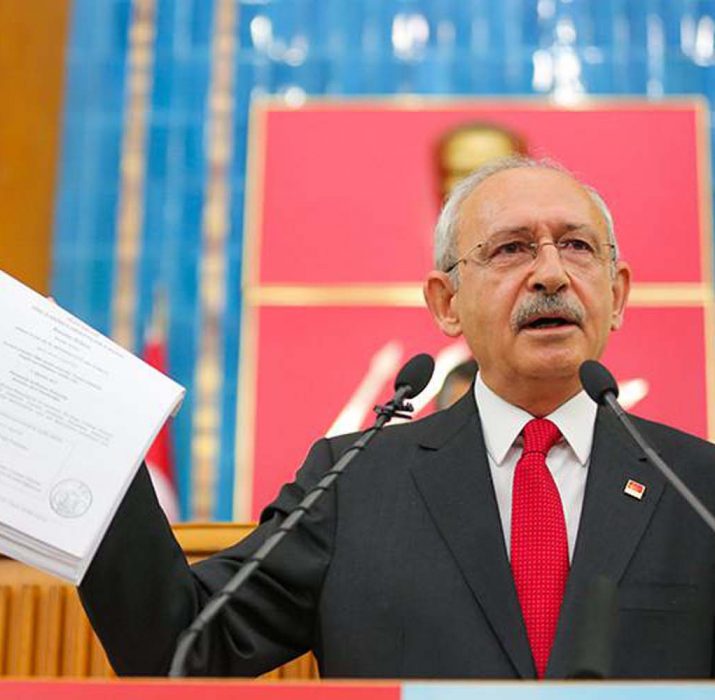 Main opposition Republican People’s Party (CHP) leader Kemal Kılıçdaroğlu revealed that President Tayyip Erdoğan’s close circle – including his brother, his son and his executive assistant – made transactions worth around $15 million to an off-shore company called Bellway Limited in the tax haven Isle of Man in December 2011 and January 2012.

“We have all the records of this company,” Kılıçdaroğlu said on Nov. 28 addressing his group at parliament. “We also have all the documents of the financial transactions.”

Kılıçdaroğlu said Bellway Limited was founded on Aug. 1, 2011, with Sıtkı Ayan as its sole board member and “a one pound sterling founding capital.”

“There are official records showing that it belongs to him both from Turkey and from the Isle of Man,” he said, adding that the company was transferred to Kazım Öztaş on Nov. 15, 2011.

“On Dec. 15, 2011, Ziya İlgen, the brother-in-law of [President] Erdoğan, sent $2.5 million U to the Bellway Ltd., while Mustafa Erdoğan, the [president’s] brother, sent $2.5 million. Why did your brother send $2.5 million there?” Kılıçdaroğlu said, going on to list all the transactions in the documents.

“We have the SWIFT documents of these transactions … We also have bank receipts,” Kılıçdaroğlu added, amid chants of “Erdoğan resign” from attendees of the group meeting.

The revelations come after the CHP leader challenged President Erdoğan on Nov. 21 about the off-shore accounts of his close circle.

“Do you know that your children, your brother-in-law, your son’s father-in-law, your brother, and your former executive assistant have deposited millions of U.S. dollars with a company based in off-shore tax-havens?” Kılıçdaroğlu said on Nov. 21, referring to a specific company without citing its name.

In response Erdoğan on Nov. 26 called on Kılıçdaroğlu to reveal documents of his accusations, saying that if proven he would resign.

“If Tayyip Erdoğan has a single penny abroad, he should prove it. If proven, I will not stay in this presidential post for even one minute,” he said.

“In which off-shore bank does Tayyip Erdoğan have an account? Prove it. If you cannot prove it, you yourself will have to quit politics. If you do, I will quit politics and quit my post in the presidency,” he added.

Deputy Prime Minister Bekir Bozdağ also blasted Kılıçdaroğu on Nov. 27. “If you fail to produce the relevant document or information it means you are a disreputable, ignoble, vile slanderer,” Bozdağ said.

On Nov. 28, the CHP head called on Erdoğan to “do what is necessary.”

“I have proven it, now tell me who is disreputable … If you are a man of honor, you will do what is necessary. Full stop,” he said.

Özel also urged Kılıçdaroğlu to “immediately” hand the documents to the prosecutor’s office and file a criminal complaint if necessary.

Separately, AKP spokesperson Mahir Ünal told reporters that Kılıçdaroğlu would “drown in his own slanders and lies,” commenting after the CHP leader alleged that the president has off-shore accounts in tax havens. (HÜRRİYETDAILYNEWS)