Another success from Ezo Sarıcı 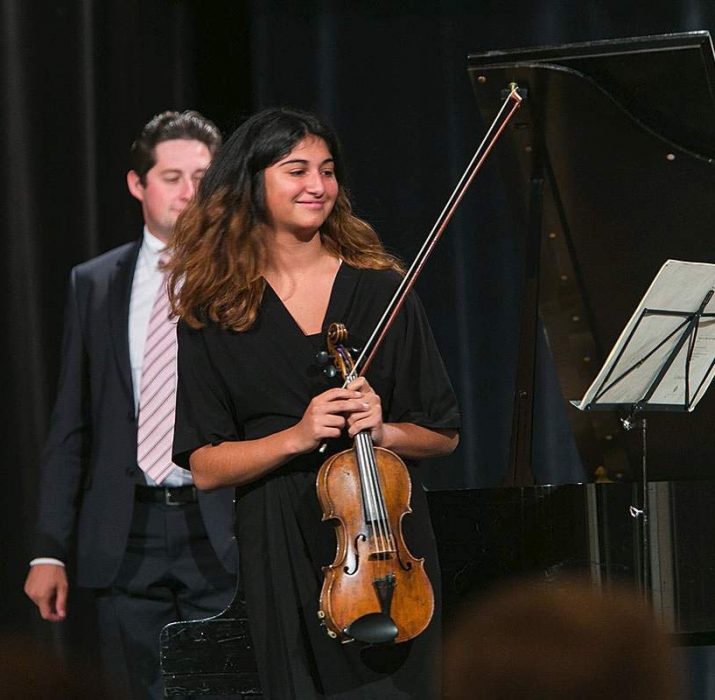 EZO Sarıcı who commented on ANTHONIO Vivaldi’s “Four Seasons” (FourSeason) winter section of the famous violin concerto was applauded in Hatfield. Ezo Sarıcı, who was on stage at Quesens Hall in Hatfield House on Thursday, September 28th as a special guest to FutureTalent, a club drawn to his technical skills with the violin.At the concert held under the Hatfield House Chamber Music Festival, Ezo Sarıcı was accompanied by PurcellSchool’s Stringed Instruments Orchestra, one of the UK’s best music conservatories.Composed in 1725, “Four Seasons” is also one of the most famous examples of Baroque music and classical music repertoire.It reflects the characteristics of the seasons (Spring, Summer, Autumn, Winter) she took it’s name, and the interpretation of the winter episode, the most energetic and challenging part of the violin concertos, at the age of 12, she performed the same part of the same concert in the Royal Concert Hall of the Royal Concert Hall of the New Virtuosi 5th Anniversary Gala Concert on April 8, 2014 as solo. Invited to Marlow for his second recital on Thursday, November 16, Ezo Sarıcı will present examples of works written for violin by composers such as Bach, Beethoven, Enescu and Saint-Saens.Having won the competition in the MarlowMusic Festival two years ago, Sarıcı was also awarded MostOurstandingString Player and MostCommitedPerformer awards in the same competition.After his first recital in Marlow, he was regarded as “the young talent who performed the highest performance among the musicians who gave recital at the time of Marlow,” and praised the ‘innate commentator’ with high and warm dialogue with the audience.On Thursday, November 30th, Ezo Saici is invited to a special concert organized by Katherine the Duchess of Kent, where Ezo Sarıcı will perform with young talents of FutureTalent. We will have a distinct pride in being selected as the final musician at the concert at StGeorge’s HanoverSquare, the historic concert hall in Mayfair