More than 100 firefighters remain at the scene of a blaze at a warehouse in north London. 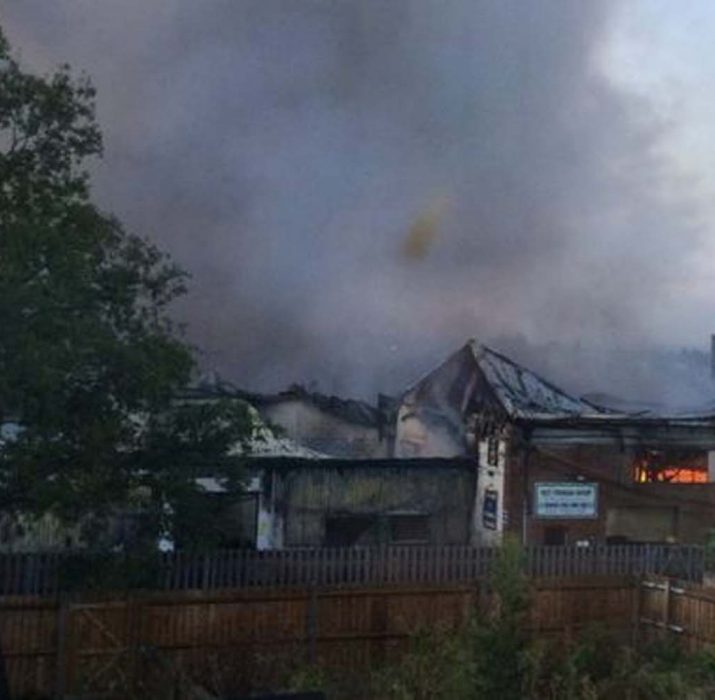 More than 100 firefighters remain at the scene of a blaze at a warehouse in north London.

One person was taken to hospital with burns to the hand.

At its peak, more than 140 firefighters were needed to tackle the blaze. The fire service said crews had worked “hard through the night to bring this blaze under control”.

One Twitter user described a “crazy” fire while another reported a helicopter flying over the White Hart Lane recreational ground.

Fire brigade station manager Sam Kazmanli, at the scene, said: “This is a large fire, cylinders are involved so a hazard zone has been set up as cylinders can explode when exposed to heat.

“There is a lot of smoke in the air. As a precaution, local residents are advised to keep their windows and doors closed.”

It’s been hours since the fire began and it’s continuing to rage through the White Hart Lane industrial park, engulfing buildings – each belonging to local businesses – one by one.

One firefighter I spoke to said he expected it to take a day and a half for the blaze to completely burn out.

Nearby streets initially filled with anxious local residents and people trying to take photos of the flames, some of which were licking the skies 20m to 30m above the buildings.

They were told to leave as they were blocking key evacuation routes for residents. Luckily so far, these have not been needed.

The cause of the fire is not known at this stage.