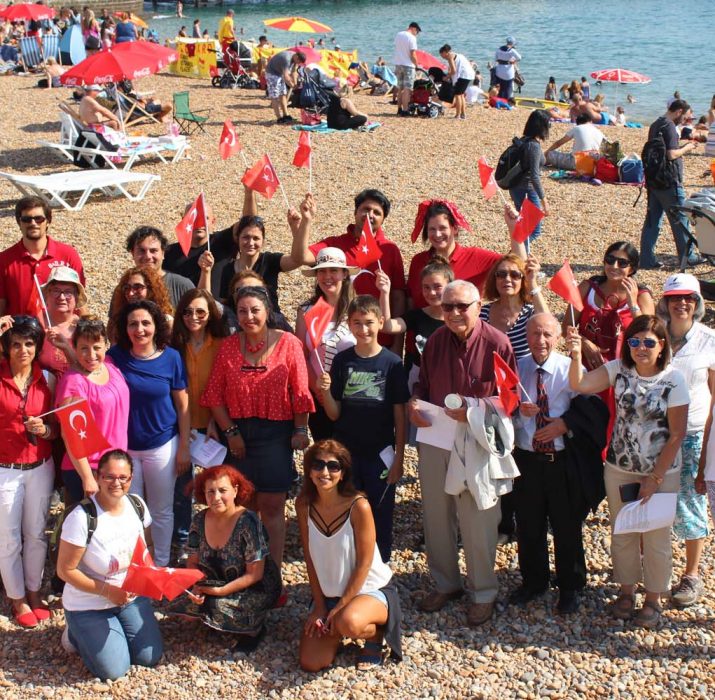 Many speeches and a moment of silence was made for the martyrs. The event also attracted a high level of interest by local communities in Brighton. Accompanied by the nice weather, upon the national anthem’s reciting, the crowd enjoyed the festive moments by marching and singing national holiday songs. The chair of Atatürk Ideology Charity, Jale Özer, made a speech on the importance of the day.

“30 August Victory Day is a noble day when the Turkish forces defeated the imperialist forces and therefore it is celebrated every year with great joy and remembrance. As Turkish people living abroad, one of our primary aims should be to thrive and teach next generations these important days and story behind them”

Victory Day is a national public holiday in Turkey on August 30. Administration buildings and schools are closed on this day. Workers in private companies may have a day off or work until noon, but most large supermarkets and shops stay open. Public transport routes may vary in the event of street parades.

Although foreign forces left the country for good in the autumn (or fall) of 1922, Turkish people accept August 30 as the date of the Turkish troops’ overall victory. Victory Day was first celebrated in only a few cities in Turkey – such as Ankara, Izmir and Afyonkarahisar – on August 30, 1923. It became a national holiday in 1935.