A plan that would pave the way for far-flung construction on Istanbul’s Princes Islands “Adalar” has been presented to an Istanbul preservation board. 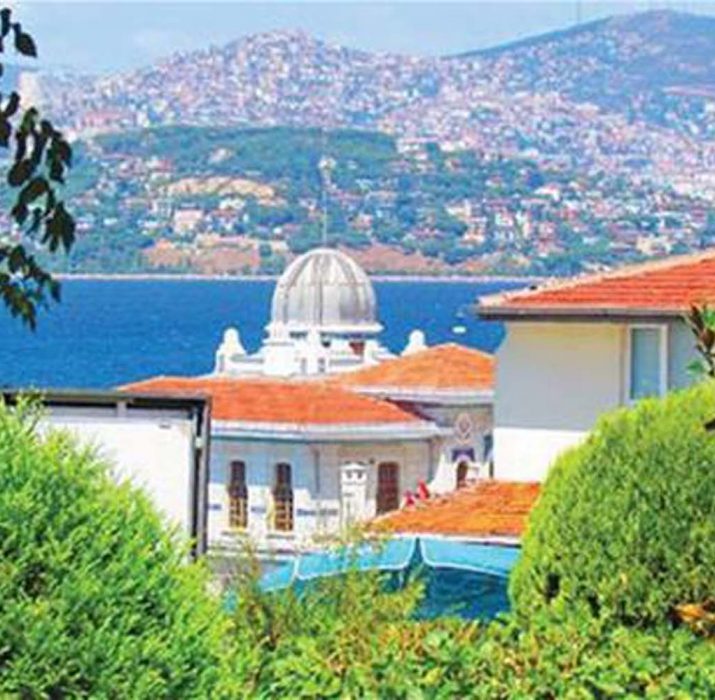 A plan that would pave the way for far-flung construction on Istanbul’s Princes Islands “Adalar” has been presented to an Istanbul preservation board. If the plan is approved, the population on the islands, recorded as 14,000 in the last census conducted seven years ago, will grow apace to 76,000.

The construction plan of a 1/1000 scale disregards a coastal-zone construction ban imposed for a space of 50 meters into the land from the sea, as enforced by the Turkish Coastal Law, and holds the risk of allowing the islands’ shores to be zoned for construction.

A different conservation development plan for the islands was in fact prepared in 2011 by the Istanbul Metropolitan Municipality, with the scale of 1/5000. But after being widely criticized by the Chamber of Architects and Chamber of City Planners on the grounds that it increased the population density, decreased the use of public space, legalized unlicensed constructions, and opened the roads to motor vehicles on the island, the issue was then taken to an administrative court. As the case was still ongoing, the Adalar Municipality offered another conservation development plan, proposing a scale of 1/1000.

The new plan was approved by both the council of the Adalar Municipality and the Istanbul Metropolitan Municipality. The only approval the plan needs now for it to be executed is from the 5th department of the Istanbul Cultural and Natural Heritage Preservation Board.

The plan includes the islands Büyükada, Kınalıada, Burgazada, and Heybeliada and excludes Yassıada, Sivriada, and the Sedef Island, as the construction plans of the latter islands were accepted by Environment and Urbanization Ministry in 2013.

“As residents of the islands, we would have wanted to also be involved in the plan process. No one asked the islands’ residents. We were not even shown the plan notes,” the spokesperson of the NGO Islands Defense (“Adalar Savunması” in Turkish), Ömer Süvari, told daily Hürriyet.

Süvari claimed the new plan would lead to mafia-like groups to “prevail” on the islands. “The lands and abandoned houses of the Rum [Anatolian Greek] people who left the islands after the 1950s will be invaded. Pieces of lands will be connected. And building complexes, like the ones we see on the coasts of the Aegean and Mediterranean seas, will show up,” he said.

After a meeting on July 22, the Istanbul Metropolitan Municipality’s construction committee said in a report that in the planning team there was no architect, landscape architect, art historian, and sociologist, who hold master’s degrees in the area of restoration, which the 19th article of the regulations on the development plans lists as a criteria, pointing out to deficiencies in the construction plan.

The plan does not touch on the situation of registered structures, archeological sites, and protected areas on the islands, which puts many structures under the status of “historical artifacts” in danger.

Meanwhile, on Aug. 23, Adalar Mayor Atilla Aytaş responded to criticisms regarding the plan, indicating that the new changes will instead put the island under protection.

“There is a plan note that the new constructions would not go up higher than the roof of their neighboring registered structures. We have developed an understanding that would protect it,” he said.

Aytaş also said the current population on the islands was much higher than the one recorded in 2010.

“There is a population of 60,000. It is not true that the new plan would increase the islands’ population. [The plan] gives at most the 200-square-meter land right of new constructions on 2,000-square-meter lands. This was also the case for the old plan. We could not have bereft the land owners of their development rights. We want to protect the unplanned island by putting them under a plan. We are trying to prevent the islands from becoming like Yassıada,” he said. (HÜRRİYET DAILYNEWS)