Turkey’s opposition Peoples’ Democratic Party (HDP) is slated to stage “justice watches” in several provinces across the country until the anniversary of its lawmakers’ arrests, starting from July 25. 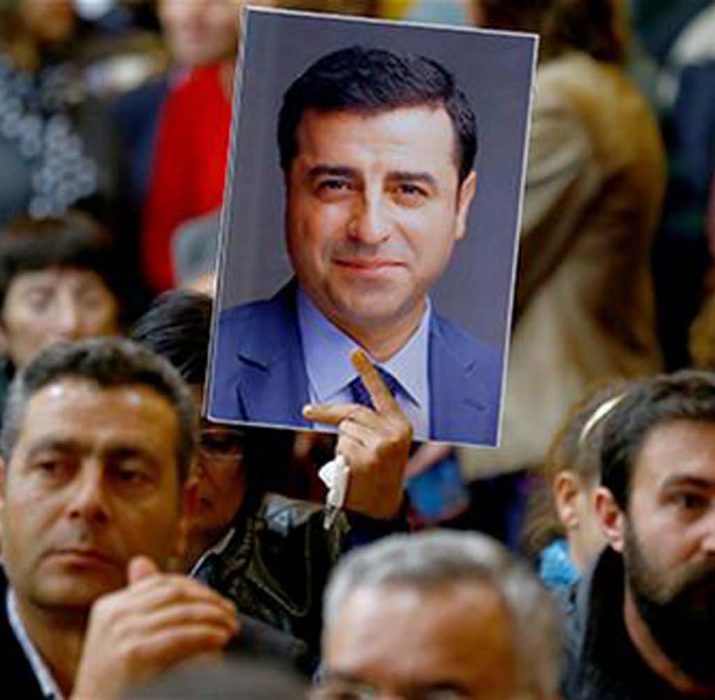 Turkey’s opposition Peoples’ Democratic Party (HDP) is slated to stage “justice watches” in several provinces across the country until the anniversary of its lawmakers’ arrests, starting from July 25.

The HDP will hold its group meetings in different provinces rather than in parliament, with lawmakers expected to stage watches until Nov. 4, which is the first year anniversary of the arrests of many of its deputies, daily Cumhuriyet reported on July 24.

HDP co-chair Selahattin Demirtaş, former co-chair and lawmaker Figen Yüksekdağ and nine deputies from the party were arrested over their alleged links to the outlawed Kurdistan Workers’ Party (PKK), facing hundreds of years in jail.

The first arrests were carried out on Nov. 4, 2016, and they continued in the following months.

The events are being organized as part of the party’s “Democracy Struggle Plan” announced on July 20, coinciding with the first year anniversary of the declaration of the state of emergency.

In order to draw attention to the situations of the arrested lawmakers and with demands of justice, watches will be staged in each province for a week.

Meetings and events will be organized in the provinces where group meetings are going to be held with the participation of locals.

According to the HDP’s plan, the first meeting will be held in Diyarbakır on July 25 and events will be carried out in cooperation with non-governmental organizations for a week.

The lawmakers on “justice watches,” meanwhile, will give messages of “Justice for everyone” and “Freedom to democratic politics.” (HÜRRİYETDAILYNEWS)