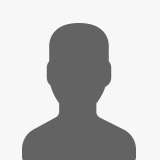 When I think about North Cyprus, I think of so many things at once that my brain probably goes into overdrive without me even realising. Yes it’s certainly a very small island which so many people are yet to visit or may not even visit at all. To me, North Cyprus really is so much more than that.

It’s an island that symbolises many things to me.  Unfortunately I cannot list only the good things which come to mind, because as soon as I do I’ll say goodbye to being fair and accurate and hello to being negative and biased. When people speak of Cyprus as an island, one of the first topics they speak of is probably the scorching summers and gorgeous beaches or the fact that it is still divided and because of the war in 1974.

TRNC (Turkish Republic of North Cyprus) does have a lot to offer, probably more than we think. So despite it not being ‘recognised’ officially there are a number of beautiful things I can list about it. From the fresh and purely organic fruit and vegetables which are home-grown by many across the island, to the peaceful walk you can take along the beach or port in the summer evenings, especially if you are in Famagusta or Kyrenia.

Unfortunately, it isn’t all pretty on this beautiful little island I wouldn’t hesitate in calling home. There is an incredible amount wrong.  It hurts me to say this but if I don’t somebody else will. The surroundings, the people (my people) and most of all the system are missing something. Today, as I write this in the last months of 2013, my thoughts trail off to the election which took place in TRNC recently, (first coalition ever was it not?) the countless accidents that happen and so many times end with fatalities, the high number of tourists that still pay ridiculous amounts of money for a ticket to the island, yet within all of this one of the few inspirations pushes itself right to the front of my mind.

This inspiration is made up of a group, a group of young people, teenagers mainly, a group whom I’ve met, seen in action and have had the pleasure in experiencing their talent and passion. This group goes by the name of Studio 21 and they are probably the most respectful, polite, genuine, dedicated and caring group of young people I know in North Cyprus, and I’m not just saying that because I know them I mean it.

It makes me so happy to see the determination and love each one of them carries, with every step, with every jump, with every turn or back flip their energy flows through to your body like you couldn’t imagine, boys and girls and a teacher who is at times a father, a friend, an adviser and of course most of the time their heroic dance teacher.

In a country where crime is sadly beginning to become more frequent in the news and students are choosing to work rather than study, because of financial stability these guys really are role models, they will have returned from Turkey for Turkey’s Got Talent auditions by the time this is published. Last year they got as far as the semi-final my hopes are high on them reaching the final this time though, this may surprise you but they’re all studying and some even working at the same time too.

I’m filled with pride and support for each and every one of them and I truly mean that. May they go down incredible and successful paths with their love for dancing and continue to be role models for so many more youths of their ages, not only in North Cyprus but right across the world.

“Follow your dreams people because life isn’t stopping for any of us..” C.H