As known as the “sun of art” in Turkey, infamous Turkish Classical Music singer and composer Zeki Müren was commemorated in London with a magnificent concert, organised at St. James Hall. 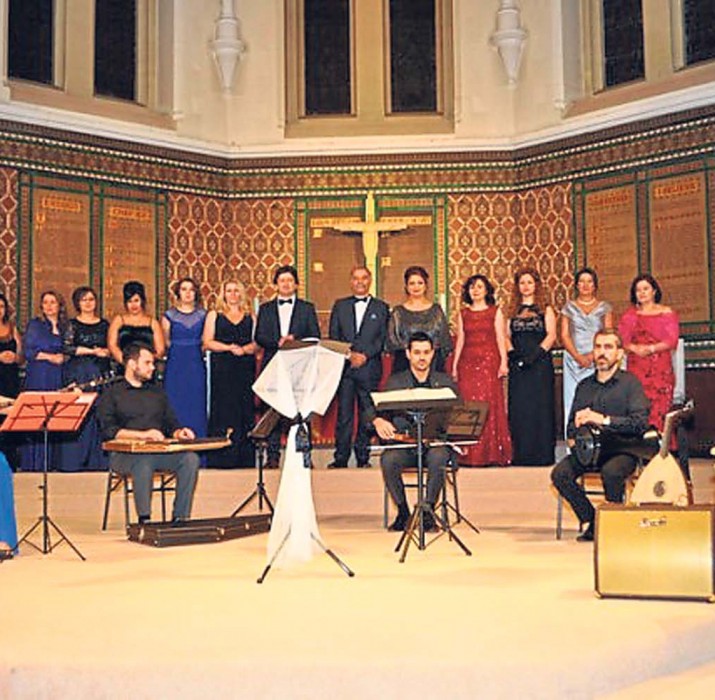 As known as the “sun of art” in Turkey, infamous Turkish Classical Music singer and composer Zeki Müren was commemorated in London with a magnificent concert, organised at St. James Hall.

Müren grew up in the provincial capital city of Bursa in western Turkey. From 1950 to 1953 he studied decorative arts in Istanbul at the Fine Arts Academy while launching his musical career. Müren’s first album was issued in 1951, at which time he was a regular singer on Istanbul Radio. In 1955, he produced his first Gold Record. In his forty-five-year professional career Müren composed more than three hundred songs and made more than six hundred recordings. He was celebrated as the sun of classical Turkish music and was affectionately called “Pasha”. For many years, he reigned as “Artist of the Year”. Many of Müren’s records were also published in Greece, where he also enjoyed popularity, along with the U.S, Germany, Iran, and several other countries during the 1960s and 1970s.

Müren was also a gifted poet, publishing Bıldırcın Yağmuru (The Quail Rain) in 1965. Additionally, he acted in Turkish cinema, starring in eighteen films and writing many of their musical scores. Even though he did not consider himself a painter, he painted as a hobby, Müren dressed effeminately, wearing large, ornate rings and heavy make up, especially in the later years of his life.

He is widely regarded as the “Bowie of Turkish Music” in international realms.