TWPA on the annual Christmas Bazaar 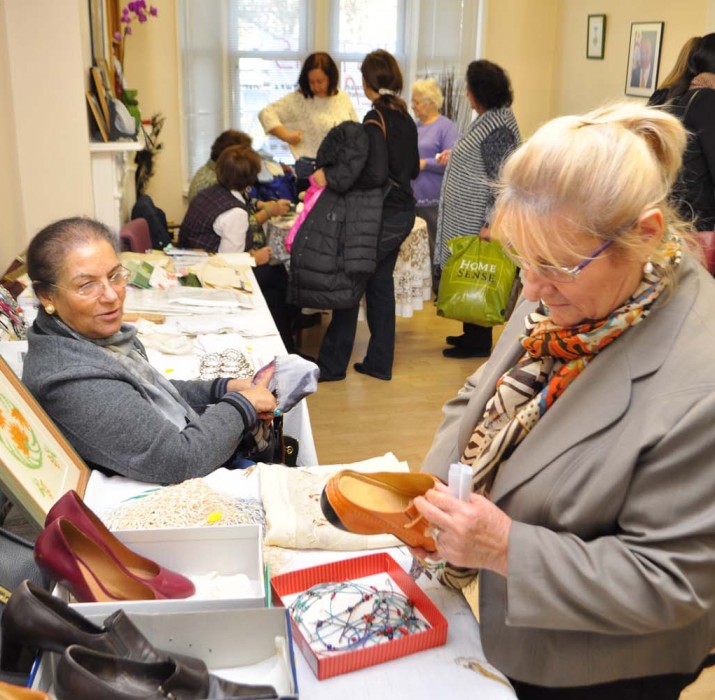 Turkish Women Philanthropic Association (TWPA) organised its annual Christmas Bazaar. Taking place a week ago, the bazaar accommodated such delicate and hand made crafts. From house materials to clothing and to food, the bazaar was an ultimate satisfaction for the community.

As many distinguished guests like North Cyprus London Representative Zehra başaran and representative staff Esra Emin were present at the event, the bazaar brought the community together in an umbrella of food, culture, friendship and fashion.

Talking at the event, the director of the charity sine Arıca delivered her gratitude and thankfullness by stating the preciousness of support and attendance to such events.

“Events like this stand for being such a significant enterprise for us as they don’t only bring us together, but also help us invest into our funds to help more people in the future. This definitely is a collaboration we achieve all together”

TWPA was formed in May 1970, where a number of Turkish Cypriot women came together to create a Forum for Turkish women.  In 1975 TWPA became a registered charity; its main aim being to provide practical and financial help for Turkish women and their families.

An important step in the Association’s development was the purchase of their own building in 1992, at  Willoughby Road, Hornsey, London N8.  The building known as the TWPA Centre is used as a  drop-in centre, information service, social events and health seminars.

In 1997 the National Lottery awarded us  £45.000 for a part time officer to promote health by organising projects/newsletters for 3 years and to apply for more funding.

In June 1998/99 conducted the first ever Research Project survey for the London Borough of Enfield to identify the needs of Turkish Women where 916 women participated.

In May 1999 started Active for Life project in partnership with Health Authority, Leisure Services and Turkish Cypriot Women’s Project.

September 1999 started the Volunteers Project to help women get back into work environment.

In 1999 we were awarded our second grant from the National Lottery Charities Board for £ 75,000 for a 2 year  Partnership Project with a charity called GORSEM – a disabled school in Turkey.  This funding paid for IT training for disabled children who had severe disabilities and their Mothers.  There were also children who were deaf or blind.  Specially trained teachers worked with these children so they could access programmes/Internet and education programmes – communicate with e-mails with specially adapted computers.