As a 19 old year student who was killed by a police officer during the Gezi Park Protests of Istanbul, London communties did not forget his name on last week by gathering together on Greenpark. 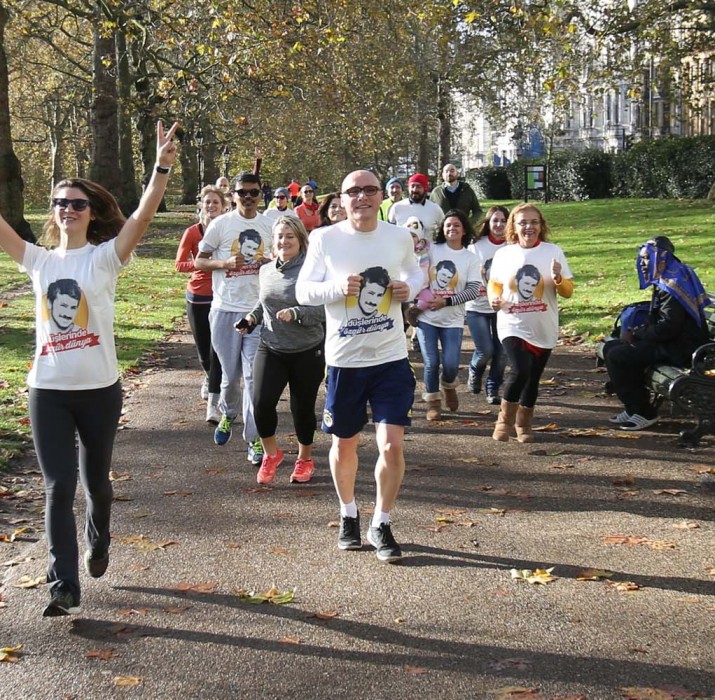 As a 19 old year student who was killed by a police officer during the Gezi Park Protests of Istanbul, London communties did not forget his name on last week by gathering together on Greenpark. Organising a run under the theme “engender your dreams”, approx. 30 people did attend the run from different age groups.

More on the incident:

On June 3 2013, Ali Ismail Korkmaz – a 19-year-old student in Turkey – was clubbed to death at an anti-government protest in the city of Eskisehir.

He slipped into a coma, struggling with a brain haemorrhage for 38 days before losing his life. Supporters of the Turkish government and undercover policemen have been accused of killing him.

Although many Turks will hold forth on just about any political issue, the case of Korkmaz is so tragic that nobody dares politicise it along the country’s traditional party lines – at least not openly. Korkmaz was demonstrating as part of the Gezi Park protests that shook Turkey last year, ignited by police crackdowns on a minor sit-in action to prevent the demolition of trees in Istanbul’s Gezi Park.

The first hearing in the trial over Korkmaz’s death was held on February 3. Four members of the Turkish police forces and four civilians appeared in court, accused of several charges including premeditated murder, which carries a life sentence.

The trial was moved from Eskisehir to the conservative Anatolian city of Kayseri, with authorities citing “security concerns”. Eskisehir, a predominantly left-wing city that often harbours anti-government sentiment, was highly active during the Gezi Park protests.

The Korkmaz hearing is being held during an uneasy period for Turkey, given recent corruption investigations that led to the resignation of three ministers. The scandal, which struck another blow to Turkey’s ruling Justice and Development Party (AKP), is seen as a result of a rivalry between the AKP and the Gulen Movement, a religious group known to be highly influential in state institutions.