Firefighters freed the man from the car

The picture was taken just after a driver obliterated a car by veering off the road and ploughing into a front garden in north London. 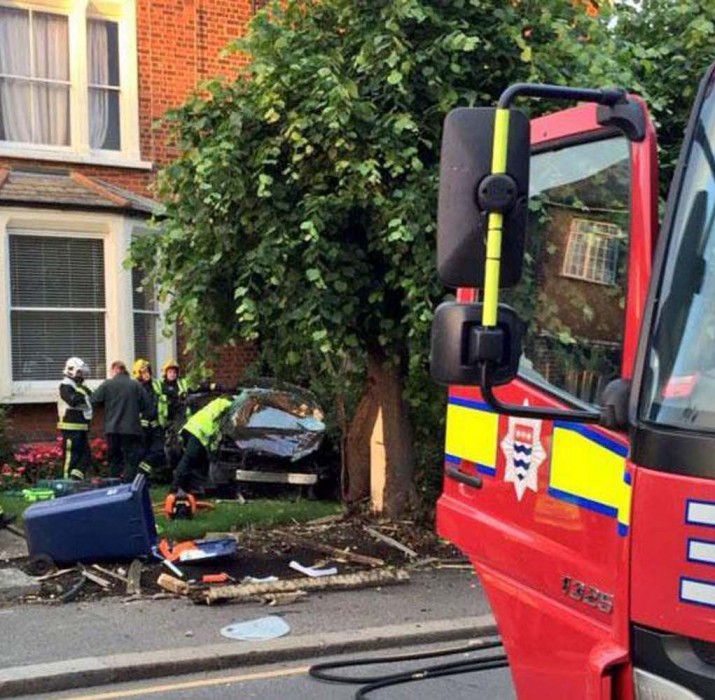 The picture was taken just after a driver obliterated a car by veering off the road and ploughing into a front garden in north London.

The male motorist was pulled from the mangled wreckage of the vehicle following the smash in Barnet last night.

, which also struck a large tree as it hurtled into the garden in Oakleigh South Road at about 8.25pm.

Several hours after the crash, Barnet police shared a photo of the smashed-up vehicle being lifted from the garden.