Amnesty International on June 3 urged the European Union to stop plans to return asylum-seekers to Turkey. 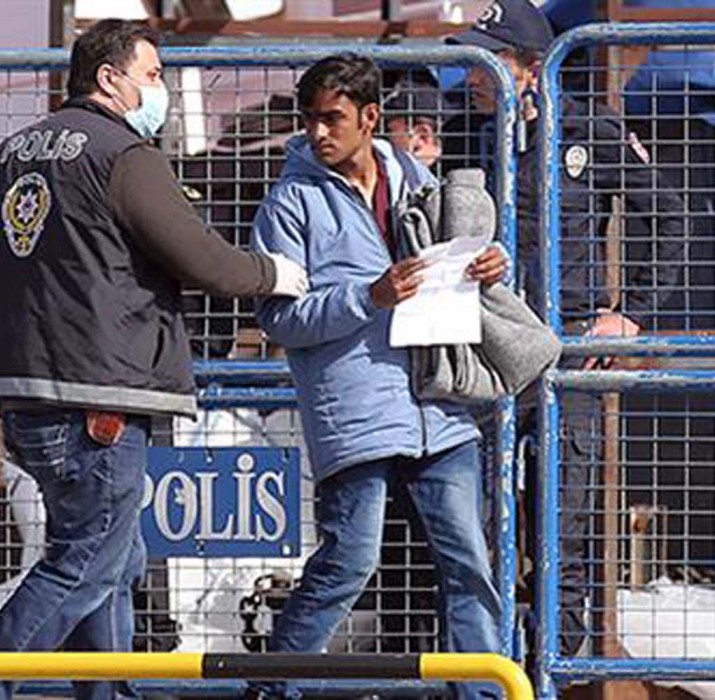 Amnesty International on June 3 urged the European Union to stop plans to return asylum-seekers to Turkey.

The rights group issued a 35-page briefing saying the EU-Turkey deal to curb irregular migration was “illegal” and “reckless.”

Turkey is hosting 3 million refugees, including 2.75 million Syrians, and is expected to receive more as part of the deal with the EU. The agreement called for irregular migrants who arrived to the Greek islands from Turkey after March 20 to be sent back to Turkey.

The EU, in turn, is to resettle one Syrian refugee from Turkey to the bloc for each Syrian that Greece returns to Turkey. Turkey also stands to receive up to 6 billion euros ($6.71 billion), visa-free travel and fast track negotiations on EU accession.

The deal, according to Amnesty, is unlawful because asylum-seekers don’t access “effective protection” in Turkey.

Amnesty argued that Turkey lacks the capacity to process asylum applications and falls short on key criteria to be deemed a “safe third country.”

“In its relentless efforts to prevent irregular migrants to Europe, the EU has willfully misrepresented what is actually happening on the ground in Turkey,” said John Dalhuisen, Amnesty’s director for Europe and Central Asia.

Turkey, it noted, doesn’t accord full refugee status, and most refugees in the country don’t get government support, which limits their prospects of long-term integration.

Andrew Gardner, an Amnesty International researcher on Turkey, said that Syrian children as young as 9 are working to support their families while other refugees are homeless and sleeping under bridges. “Refugees are living in pretty appalling conditions in the country,” he told The Associated Press.

“What’s required is a credible resettlement program to take refugees and asylum seekers from countries like Turkey but also Lebanon and Jordan, countries which are on the front line receiving the vast majority of refugees from Syria,” Gardner added.

He also reiterated the organization’s assertion that Syrians in Turkey, as well as Afghans and Iraqis, are at risk of being forcibly sent back to their war-ravaged nation.

There was no immediate comment from Turkish officials, but they have rejected previous Amnesty International reports on the issue of forced returns. (Hürriyet Daily News)