Islington Council has revoked the alcohol licences of two newsagents after black market tobacco was uncovered by detection dogs. 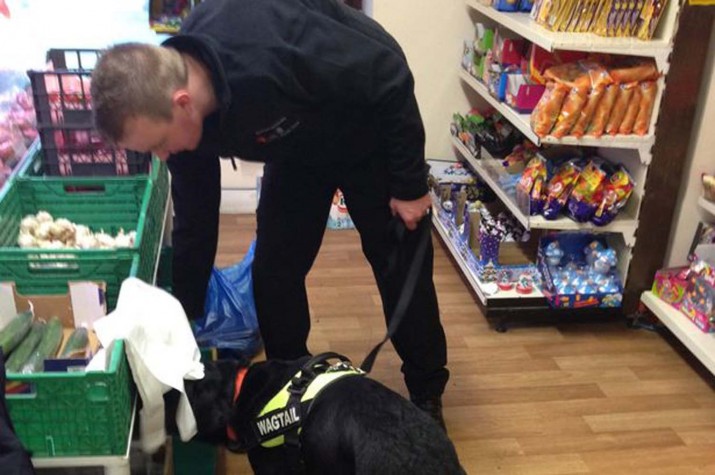 Islington Council has revoked the alcohol licences of two newsagents after black market tobacco was uncovered by detection dogs. In both cases, the contraband was found wired to the underside of the counters.

In the operation at this shop in November a detection dog sniffed out 24 packs of Polish-market Marlboro Gold cigarettes and nearly 50 packs of Belgian hand-rolling tobacco, stashed under the counter.

In the second case, Devrim Saygili, owner of B & D Supermarket at 156 Seven Sisters Road, N7, also had his premises licence revoked by the council’s Licensing Committee on 8 March 2016, following a similar review by its Trading Standards team.

The review was carried out after 18 packs of Bulgarian-market Marlboro Gold cigarettes, hidden under the counter, were sniffed out by a detection dog in November last year. A large amount of illegal alcohol was previously seized from the shop in November 2014.

Julie Billett, Director of Public Health for Islington and Camden, expressed concern about the availability of cheap tobacco: “Cheap illicit tobacco poses a real health risk to local residents. Local surveys show that smokers feel it makes it harder to stop smoking, harder to quit and nearly 70 per cent of them want action taken to prevent its sale.”