The best kebabs in the UK were celebrated at the 4th annual awards ceremony in central London. 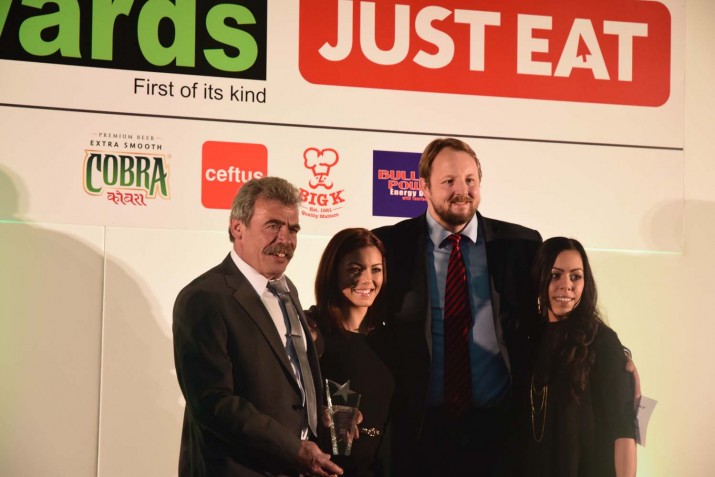 The best kebabs in the UK were celebrated at the 4th annual awards ceremony in central London. The event accommodated numerous business people and politicians from many different backgrounds.

Organised by the Center for Turkey Studies and JUST EAT, the 4th British Kebab Awards took place on the evening of 23rd March 2016, with many restaurants and suppliers throughout the country both as nominees or attenders but also as heroes of one of the biggest food chain successors across the UK. The ceremony in central London welcomed distinguished guests including the Labour Party leader Jeremy Corbyn, Labour Co Op MP Jonathan Reynolds, Cobra Beer Sales Director Samson Sohail, London mayoral candidate Sadiq Khan, Conservative Member of Parlaiment for Stradford upon Avon Nadhim Zahawi and many more.

İbrahim Doğuş, founder and director for Turkey Studies made his opening speech about the significance of Kebab industry in the UK, by also tackling the “threat” of leaving the EU would not only damage the general economy, but would drag the contributions of SMEs (Small-Medium Enterprises) down. Carrying on his speech, Doğuş also stated that the UK owes a lot to SMEs as they have been contributing to the country’s economy for decades. Doğuş also said “In these harsh economic times, we have to consider the pounds, shillings and pence. Kebab shops, vans and restaurants are major players in the UK economy, with an estimated 1.3m kebabs sold by vendors every day in the UK”.

The Labour leader Jeremy Corbyn, made a speech and presented an award as defining himself as an “aficionado of kebab shops”. As bringing humour into the event, Corbyn said “As a vegetarian aficionade of kebab shops, I hope I’m still welcome, I’m always very pleased whenever I get to any kebab shop to enjoy a good falafel”. London mayoral candidate Sadiq Khan also made a speech and presented an award, however was interrupted by a man who ran on stage. Khan joked: “Can someone get Zac Goldsmith’s (Tory mayoral rival) off the stage please?” The crowd burst out laughing after this. Chris Stark and Scott Mills from Radio 1 had also presented an award.

At the event, in which food, culture, politics and humour had intertwined, guests then enjoyed the food and desserts.