Scottish consulate to open this year 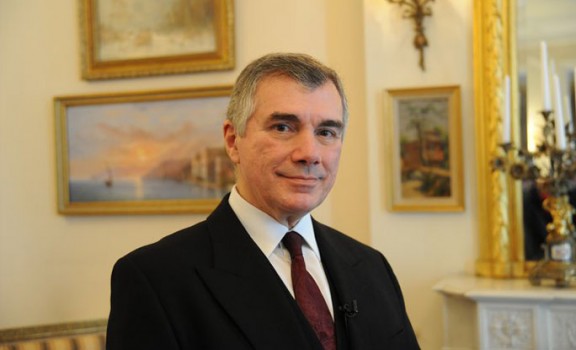 England, Scotland, Wales and Northern Ireland will have Turkish representation for first time in 2014, ambassador says

TURKEY’s ambassador to London has announced consulates will open in Edinburgh, Cardiff and Belfast “in the first months of 2014”.

In his message to mark the New Year, Ünal Çeviköz said Turkey’s second consulate in the UK – its first in Scotland – had been approved by the cabinet and announced in the country’s Official Gazette, meaning that an opening will take place in 2014.

He added that President Abdullah Gül had also approved appointments for honorary consuls in Cardiff and Belfast.

This would mean that all four UK “home nations” – England, Scotland, Wales and Northern Ireland – would have some form of Turkish diplomatic representation by the end of this year.

He said this year had taken bilateral relations to a summit never encountered before, including countless bilateral visits and a conference in London entitled “Grow with Turkey”.

The relations were marked by UK foreign secretary William Hague’s visit on 19 and 20 November to mark the 10th anniversary of bomb attacks on Britain’s Istanbul Consulate and a branch of the HSBC bank.