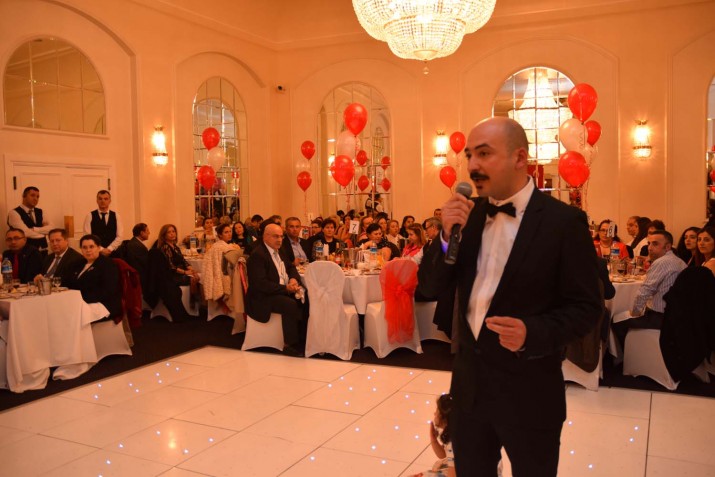 The dinner organised by the Anatolian Culture Centre annually with Ulusal TV channel, this year took place in London.

Entertainment on the night began with traditional dancing by students from Hornsey Ataturk Turkish School and continued with speeches.

Former CHP MP for Istanbul Profesör Dr. Yaşar Nuri Öztürk was unable to attend the evening because of illness but sent a video message where he apologised to guests had also attended to listen to him.

The evening continued with live music and entertainment and ended with a prize draw.