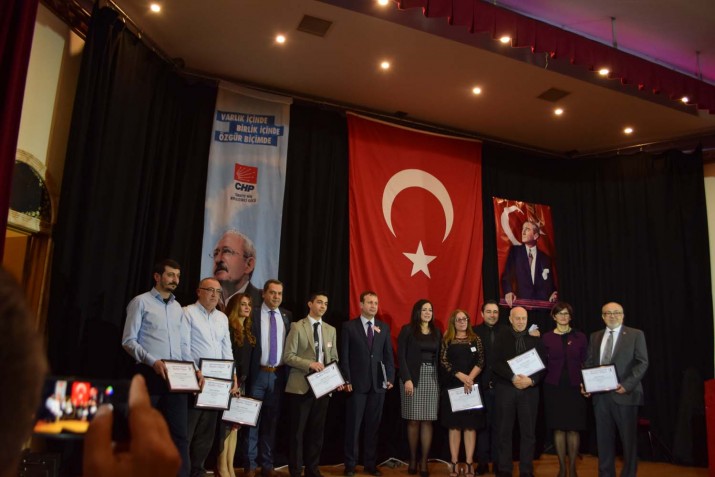 The night started off with the humorous Atilla Taş, who is a well-known Turkish pop singer especially from the 90s. As Mr Taş had led the opening speech at the event, followed was the speech of Ms Suna Akartuna, who is the leader of the Union. The mainly tackled points were about foreseeing CHP’s 2016 strategies and in what respect CHP UK can contribute to the dynamics of Turkish politics and the local community here in the UK. Ms Akartuna, during her speech, highlighted the fact that they have been working hard to maintain the effectuality of the union’s enterprises, and therefore, stated her gratitude for the supports from the members.

The night also included an awards ceremony for those who have been contributing to the union’s project. The awards were given by the party’s MPs from Turkey.