FIFTEEN YOUNG PEOPLE have been killed in stabbings in 2015, as the level reached its highest rate in the last seven years. 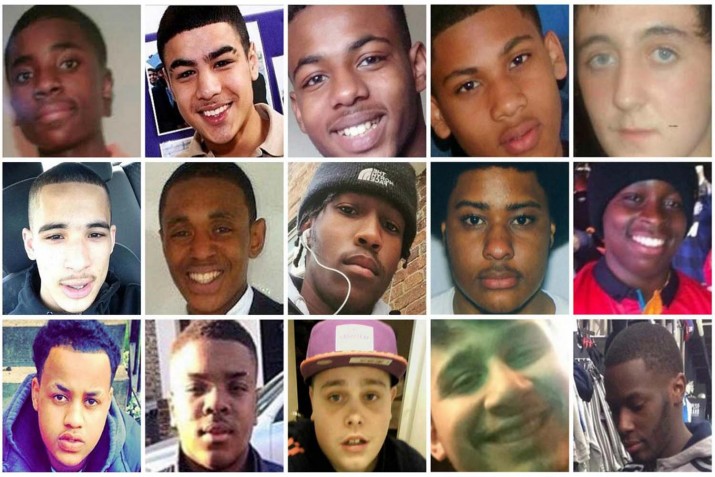 FIFTEEN YOUNG PEOPLE have been killed in stabbings in 2015, as the level reached its highest rate in the last seven years.

The teenage victims in 2015 were all male, most were from black and minority ethnic (BME) backgrounds and many were just 17 or 18 years old.

A boy of 15 and a 16-year-old are also among those whose lives were taken this year.

Detective Superintendent Tim Champion from Trident Gang Crime Command said the level of fatal stabbings had risen because teenagers are carrying knives as a form of protection as they are“concealable”.

The minority backgrounds of many of the victims were representative of a multicultural London, Det Supt Champion said, and it was not a particular minority group being targeted.

Det Supt Champion said the Metropolitan Police is working to decrease the level of knife crime in the capital and will work with communities to educate people and try and drive down the number of teenagers carrying weapons.

He said: “The key message is if you are carrying a knife, we will know if you have before and we want to stop you. We advocate stop and search in a targeted way. We know who are gang members and we will search them.

“If you carry a knife and it is for your own protection, you will always find yourself in a position you don’t want to be in. It could cause a murder or an acceleration of violence. It puts others in danger and it does not make you a bigger person by carrying a knife.

“Before you leave the house, think about the consequences of leaving the house with a knife. Think how you would feel going out with someone carrying a knife. Think about being caught up in something you don’t want to be involved in.”

The Met will also work with the Home Office to crack down in ‘zombie knives’, which Det Supt Champion said “there is no need for in London whatsoever”.

George and Deborah Kinsella, whose 16-year-old son Ben was stabbed to death in 2008, said it was “devastating news” that number of knife crime murders had risen again.

They said: “Our thoughts and hearts go out to all of the families that lose a child to knife crime; we have a good sense of what they go through every day, living through a nightmare that does not get easier with time.

“We truly believe that early education is the key to stopping young people carrying and using knives. We use Ben’s story to show young people exactly what happens if you choose this path.

“Education and support needs to start in the home with parents and families and needs to be continued and supported by schools, organisations such as ours, the police and the government.”