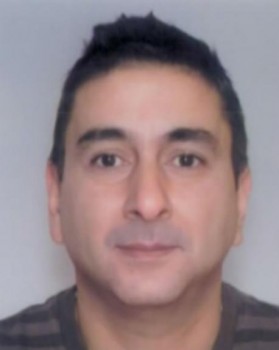 A TURKISH man has been jailed for his role in a network supplying heroin across the country.

Derviş Derviş, 49, of Hertford Road in Enfield, was found guilty in September of conspiring to possess class A drugs, as well as money laundering and supplying class A drugs.

He was part of an organised crime group supplying heroin outside London to Birmingham and Bristol.

Police found links two years ago between his textile company in Waltham Cross and drug trading after officers followed a van leaving the factory.

It headed for the M25, where it was subsequently stopped and 13 kilograms of heroin was seized.

Nazabat Hussain, who picked up the package from the van, was sentenced to five years in prison at Birmingham Crown Court last week.

Atif Latif, 27, who lived in Aston, Birmingham, was involved in the group and found guilty of money laundering and sentenced to three and a half years.

Nizakat Hussain, the brother of Nazabat, who was imprisoned in 2011, pleaded guilty to conspiring to possess a controlled drug with intent to supply and money laundering. He has been sentenced to six years behind bars.

The National Crime Agency’s Bristol branch commander Peter Smith said: “This organised crime group was one of the key suppliers of heroin to the Birmingham and Bristol areas, with extensive contacts abroad in the Netherlands, Turkey and Pakistan.

“The investigation into this network was extremely complex and took a great deal of time and effort.

“We have worked closely with a number of police forces, including Avon & Somerset, Hertfordshire, Gloucestershire, West Midlands and Zephyr, the south west regional organised crime unit. That co-operation has so far led to the conviction of thirteen individuals linked to this crime group.

“Working with our law enforcement colleagues we are determined to tackle the organised crime groups responsible for bringing illegal drugs onto our streets and devastating our communities.”