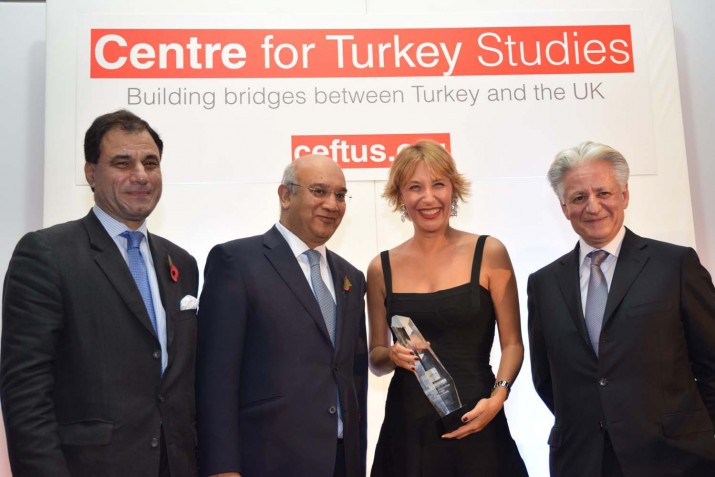 THE CENTRAL PLACE for research in Turkey, CEFTUS has held it’s 4th year award ceremony in Central London. The ceremony gave a number of community success awards on the night. On the night, Gülse Birsel was presented with a special award from CEFTUS for her column and opinion pieces in National Turkish Newspaper Hurriyet, where she supports community peace.

The ceremony’s opening speech was made on behalf of CEFTUS by the associations’ director İbrahim Doğuş, he said: “This evening isn’t only a celebration or awards ceremony, it also an evening to create a place for various members and associations from the business and political world to come together, meet and network with each other.”

Political party leaders who were invited but could not attend for some reason or other, each sent a message expressing their wishes to CEFTUS, congratulating them and explaining their support of the works and projects CEFTUS does.

Like the previous ceremony last year, this year there were also various categories where awards were given. A total of 36 people and associations in 12 categories were given the Community Success Awards by CEFTUS. The awards and winners of this year are as follows:

7-Most Successful Male and Female Businessman