Prof Atasoy began her presentation and explained that the general bath culture has been forgotten. 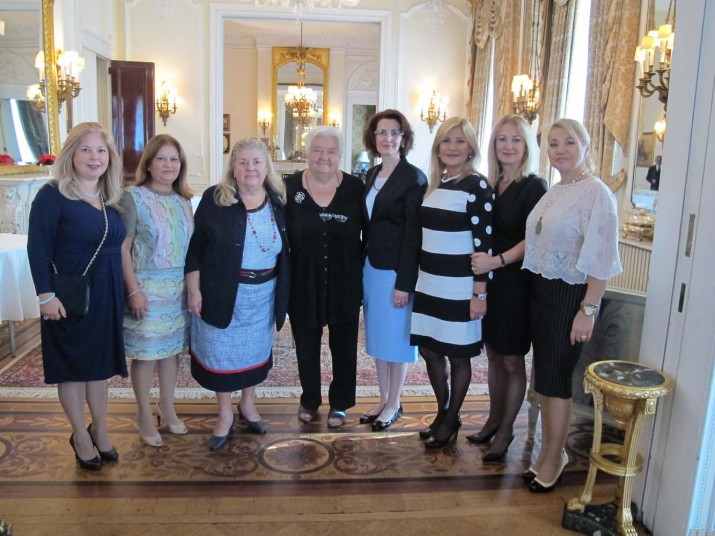 Prof. Nurhan Atasoy, who also presents Habertürk  TV channels’ show “Tarihin Arka Odası”, which means “The Backroom of History”, with Murat Bardakçı and historian Erhan Afyoncu, took to the stage with around of applause from guests. She called upon all those present to hold a minute’s silence for the those who were killed in the terrorist attack in Ankara on  Saturday 10 October, 2015.

BRITISH HAVE ADAPTED THE BATH/HAMAM CULTURE FROM TURKS

Following the one minute silence, Prof Atasoy began her presentation and explained that the general bath culture has been forgotten. She reminded listeners that the British adopted and learned this culture from Turks. She said: “At the moment I am working on three projects. One is the Yıldız Library’s photo collection at Istanbul University which was ordered by Atatürk, there are 900 albums and over 35,000 photos. The second is to with the protection of manuscripts. This is a historical project too. My last project is one that comes from the Head of Istanbul University. The university has a very hold Ottoman bath, left right back from the 15th Century. It was there whilst I was working at the university and had gotten very old, but fighting not to crumble. I managed to get them to renovate it after writing letters to charities.”

She continued by saying: “During the Ottoman times, the British were experience health problems and as a result brought the Turkish bath to their country and built it in. A piece of research shows that some illnesses were not seen in Ottomans and put it down to the bath culture. When I first came to London in the 1960s and 1970s, there were Turkish baths in several areas. The Ottomans adopted the bath culture from the Romans. “However there are several differences between the two cultures. The Roman baths were bigger, had pools and the inside and outside were made very decorative. After I started my bath project, I used my own opportunities and other help to collect a lot of equipment. During the Ottoman times, women didn’t go out very often. Going to a bath was first and foremost among everything a social gathering for them. They would spend quite a long time there- (several hours maybe longer). A visit to bath would always be made before a Circumcision, wedding, going to the army, engagement and before important events.

During the times of war, baths were set up in special tents for Ottoman Sultans. I came across these tents in every corner of Europe and added them to my collection. These tents were from wool on the outside and silk on the inside. They would around 300 kilos and apparently were carried on the back of camels. We also opened Turkey’s first bath museum which dates back to Second Byzantine period in Beyazit. Please go there when you visit Istanbul, Turkey.”

Later on the guests were offered various dishes and desserts from the Turkish Cuisine.