HACKNEY SMOKERS are being encouraged to quit smoking, by signing up to the month of Stoptober. 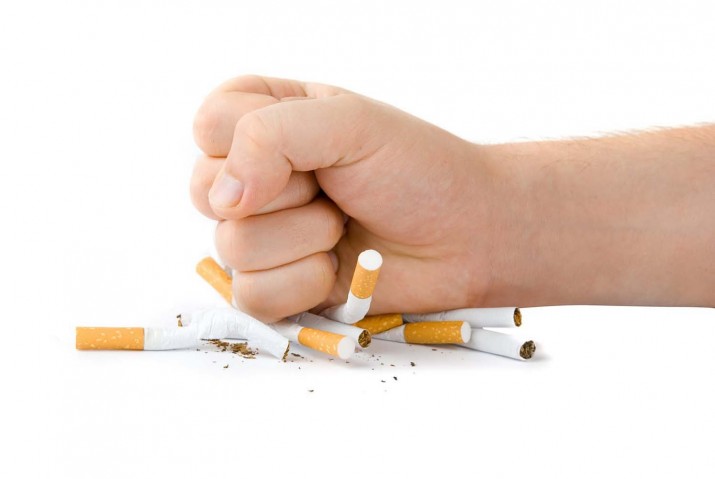 HACKNEY SMOKERS are being encouraged to quit smoking, by signing up to the month of Stoptober.

Almost 20 per cent of the Hackney community smokes, an estimate of 50,000 residents. They are being encouraged to sign up with family, friends and even colleagues as research shows this type of quitting is more successful when trying to give up.

Hackney Thomas O’ Reilly, the 74- year old smoker explains how he gave up in June earlier this year: “I was about 60ft up the scaffolding with a cigarette in my mouth. I dropped the cigarette and reached down to pick it up and my leg went and then my speech went and I had to lay down. I thought I was having a stroke. I got taken to hospital in an ambulance and taken to the stroke clinic. They told me that it was an aneurism in my brain caused by a blocked artery. I was told that the smoking had not helped this and the doctor told me “you’ve got to pack it in!”

After nearly 60 years, Thomas O’Reilly gave up in June 2015. He’d started smoking at 16 after being encouraged by friends to try a cigarette.

He added: “The first two and a half weeks were hard but now I don’t crave them. I’m determined this time, I’m so determined. If I do feel like I want to have a cigarette, I chew gum instead.”

Stoptober which lasts for 28 days, is the month where smokers attempt to give up the bad habit for the month. Smokers hope to be able to then give up for good once Stoptober comes to an end.

Public Health England’s Chief Medical Officer, Professor Dame Sally Davies, said: “Smoking is still our biggest preventable killer: 80,000 people die a year in England because of smoking, and so stopping smoking is the single best thing a person can do for their health. Why not join the thousands of people all across the country who are quitting at the same time during Stoptober, maximising their chances of getting through 28 days smoke free.”

To help the borough’s quitters, Stoptober will be providing a personal touch from some of the nation’s leading comedians: Bill Bailey, Rhod Gilbert, Al Murray and Shappi Khorsandi. Messages of support and encouragement will be sent straight to quitters’ phones and emails throughout October.

Cllr Jonathan McShane, Cabinet Member for Health, said: “Quitting smoking is tough, but help and support is there for you. When you sign up to Stoptober you will join thousands of other people who are determined to kick the habit.”

He continued: “Too many people are dying from smoking related illnesses in Hackney – smoking is the biggest risk to people’s health. We want to reduce the number of smokers in the borough, particularly the numbers of young people who are still taking up the habit.”

New rules on smoking in cars and the sale of electronic cigarettes to under 18s comes into force from 1 October. From that date, it will be illegal: for retailers to sell e-cigarettes or e-liquids to someone under 18; for adults to buy (or try to buy) tobacco products or e-cigarettes; for someone to smoke in private vehicles that are carrying an under 18. Anyone caught will be fined £50

Stoptober starts on Thursday 1 October and will include daily messages of motivation, persuasion and distraction, as well as online tips and content.

For more information and to join the biggest stop smoking challenge of its kind, search ‘Stoptober’ online and sign up.