LONDONERS joined thousands of people around the world protesting the situation in Kobane, the town on the Syrian-Turkish border besieged by so-called Islamic State. 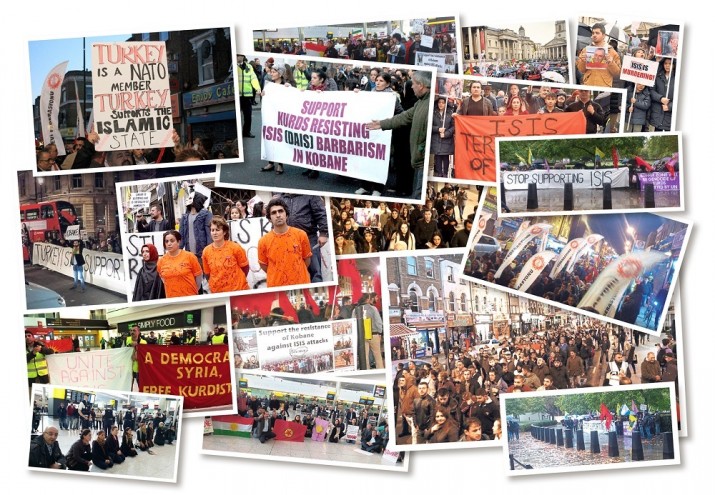 LONDONERS joined thousands of people around the world protesting the situation in Kobane, the town on the Syrian-Turkish border besieged by so-called Islamic State.

Some criticised Turkey’s refusal to become involved in the struggle for the town, chanting “Shame on you, Turkish state” as they marched.

Kurdish fighters, supported by US-led air strikes, have been for weeks been battling IS militants for control of the town.

A hunger strike called last week outside Downing Street came to an end at the weekend as more than two thousand demonstrators – made up of Kurds and others – braved heavy rain for the rally.

Trafalgar Square was the venue for the biggest demonstration of the week, but there have been sporadic protests in areas like Haringey and Stoke Newington, where many Kurdish people live.