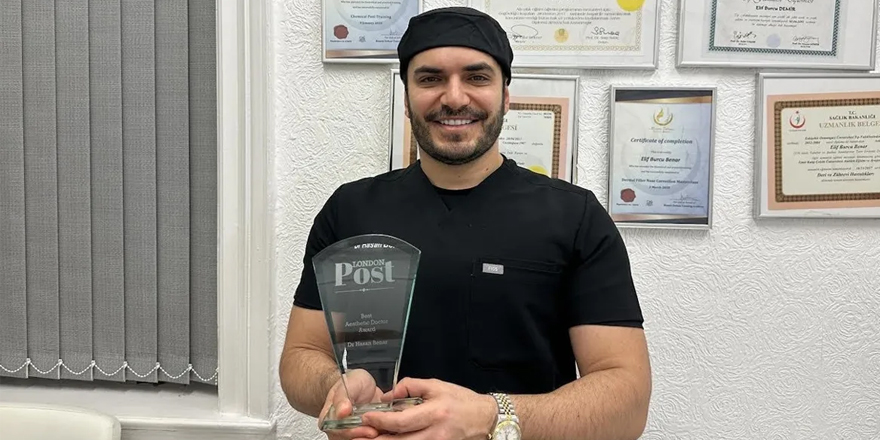 TURKISH Cypriot Dermatologist and Aesthetic Doctor Hasan Benar has been awarded “Britain’s best aesthetic doctor”. The successful work of Dr Benar who has been practising at his clinic in Harley Street, London’s most famous medical street for many years and whose patients include world-famous stars has been recognised for his work.

The London Post newspaper readers voted Dr Benar “Britain’s best aesthetic doctor” adding another award to his successful career, he said, “I would like to take this opportunity to thank everyone who voted for me. Winning an award is a great source of motivation.”

As both his father and uncle were physicians, Dr Benar had been surrounded by their expertise growing up. This included accompanying them on house calls, rounds, summer jobs at the hospital, and professional mentoring to develop a strong sense of ethical integrity with an honourable approach to patient care.

Dr Benar understands that appearance and self-confidence interplay. He enjoys improving a patient’s appearance as this often improves the quality of life. Dr Benar graduated from medical school at the Hacettepe University School of Medicine in Turkey.